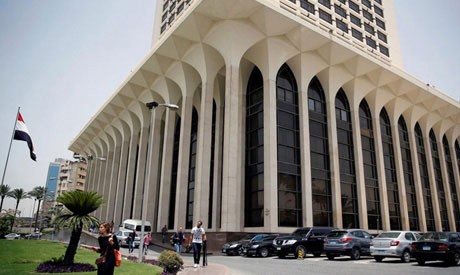 Egypt strongly condemned on Thursday a vote by Turkey’s parliament vote to allow a troop deployment to Libya, the Egyptian foreign ministry said in a statement on Thursday.

“Egypt stresses that the approval to deploy Turkish troops to Libya is considered a blatant violation of international law and Security Council resolutions on Libya, especially resolution 1970 (2011), which imposes a [ban on military cooperation with Libya],” the Egyptian foreign ministry said.

The ministry added that two MoUs recently signed between Turkey and Libya’s Fayez Al-Sarraj violated the Skhirat agreement of December 2015.

The ministry said that Egypt reasserts the Arab position that rejects any foreign interference in Libya, a position adopted by the League of Arab States’ council in its meeting on 31 December 2019.

The foreign ministry added that Turkey is supporting terrorist organisations that are being transported from Syria to Libya.

“This shows the necessity to restore the nation state in Libya and the institutions in the country,” said the statement.

Egypt said that any Turkish deployment could negatively affect the stability of the Mediterranean region and called on the international community to respond to the move.

Egyptian President Abdel-Fattah El-Sisi is holding a meeting with the Egyptian National Security Council to discuss the latest developments.