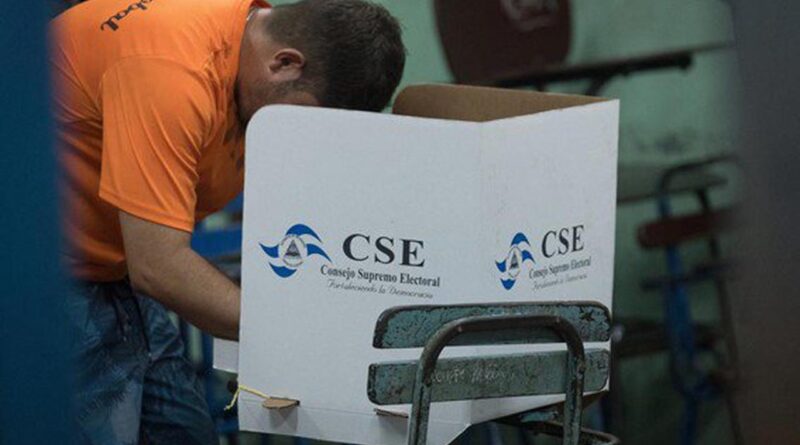 In order to understand their history better, Indian “subaltern studies” historians, since the 1970s, have set out to read backwards the history told via the eurocentric method of British imperialism, since this history told only a part of the story, based on erasures and concealments, among other fallacious techniques.  This method of reading backwards, is the one that should be used today to dismantle the narratives Western media corporations offer us about countries like Nicaragua, Venezuela, Cuba or Bolivia, among many other countries that promote a democratic and revolutionary model of their own, without engaging in the gears of the  West, specifically that of the United States.

Anyone watching, reading or listening to the coverage these media offer about those countries, must be clear that the correct reading of the reality of these nations is contrary to what these media present, because the story those media describe is incomplete, narrated using the misrepresentation, framing and manipulation of so-called post-truth. They do so on purpose so as to contrive emotional mental filters that condition their audiences.

Western news media use this scheme of coverage, based on stereotypes and falsehoods, in order to induce audiences to understand and respond to events as the media want them to be perceived. In other words, they set out to design mental filters so as to shape the meaning of events, thus ensuring that the narratives they offer are mediated by the creation of that framing.

Thus, they have presented in a distorted way, the reality of many countries that do not conform to the West’s organizational framework.  They repeat this in a way that stuns people, unashamedly using the above mentioned tricks to propagate lies and thus vaccinate their audiences with animosity towards those nations which, in reality, have carved out an alternative path, by means of which they protect, foment and redistribute the wealth of their populations in a fair way. As Commander Hugo Chávez used to say, they have managed to step from the road to hell onto the road to life.

The fact that these countries have found an alternative path, demonstrating that the Western-US model implies inequality, corruption, privatization of public services, benefits for a few, violence, hatred, plunder, disrespect for people’s basic human rights, is not viewed kindly either by international corporate media corporations or by the people who set the media agenda, the tones the media use and the way that media agenda is presented. Hence, in their terms, there are countries that are “paid-up democracies” and others that are “regimes”, understanding the latter, according to them, in negative terms.

These corporate news media also gauge their timing and intensity. So in electoral periods what, for the so-called “paid-up democracies” is a normal process without major difficulties, for other countries is a moment in which the communications media aggression, subterfuge and framing increases in intensity, not only in terms of the frequency of their coverage, but also in the deployment of verbal outrage and other techniques of manipulation.

Here we will look at the electoral process now in Nicaragua and the media onslaught against the country and Sandinismo. Currently, a specific fact that has been exaggerated, distorted more than enough, half told, framed, relates to the director of the Violeta Barrios Foundation, about whom, the media repeat several subterfuges as a mantra: that she is a “pre-candidate with the option of competing in the November elections”, they also link her to so-called “independent journalism”. They cast doubt on the conspiracy and its network created to launder money and spread hatred, trying to to turn it into a political matter. In the same way, they make great play of her direct relationship with the former president who gives her foundation its name. This, obviously, must be read the other way round.

The first subterfuge. This person is nobody’s pre-candidate. She has no political party and, in fact, the parties authorized to participate in the elections have no interest in her, for several reasons: the baggage bequeathed by her mother’s government of incompetence, corruption and collapse; for her non-existent political and management capacity; and even less interest now the nest of corruption has been uncovered, the network she set up, breaking countless laws in Nicaragua.

Now, she has no options in any case, because even right wing polls say that if she were to participate, she would get just 21%, when in fact other polls show her not even reaching 5%. Given this and also the studies and polls showing that President Comandante Daniel Ortega would obtain  62%, it is incomprehensible that these news media can twist and distort so much, to the point of describing her as an “option”. This is a desperate attempt to try inflating her, when in truth she has no traction, what she has is drag.

Likewise, the international western news media monopoly tortures the term “independent journalism”, using it to describe this person, who has made of the media network which she has managed from the start, a mechanism to spread hatred and lies, to promote conflict and, in this way, try to weaken democracy and peaceful coexistence in the country.  Likewise, her network has defended the interests of the ultra-right complying with the guidance of its financial backers.

So, independence does not apply, if you spread hatred and resentment instead of informing, then you lie and distort obeying the guidelines of a foreign government. What has that to do with what is described as “independent”? On the contrary, it denotes total and absolute dependence on the most opprobrious guidance derived from imperialism and colonialism, with the aim of making viral, by social media posts and links, the promotion hatred, falsehoods, and submitting to the most rabid ethnic-class antagonism and racism that the oligarchies have historically used in our countries as the means to justify their self-awarded privilege and prominence.

It is well known that this person comes from that ambience, from those who have always considered the country as their hacienda, and the country’s people as their hired hands. From those who have been called in our continent, as historians point out, “divine castes”, “elites”, “notables”, “patrician families”. Those who invented  phrases like these, our people keep in what, paraphrasing Jorge Luis Borges, we would call the national memory of ignominy: “it’s problematic teaching these Indians to read, because then they ask for a Ministry”.

We note this because one only has to look at the organization of the so-called foundation and its network. It has a pyramid structure in which one family received the funds, in the style of the family networks and alliances studied by people like Diana Balmori in our region. In this same way, they organized the network, which was nurtured by her, the direct transmitter of instructions she received from the US agencies that put into practice the same so-called imperial/colonial soft power with which they set out to subjugate other countries or regions.

Likewise, Western media corporations try presenting this matter as something political and omit that this person, via the foundation already mentioned, broke a number of laws of the country ranging from Law 147, the Law on Non-Profits,  to Law 1040, the Foreign Agents Law according to its articles 24 and 25, and also Law 977, the money laundering law, just to mention a few, which not only disqualifies those families politically, but also exposes the modus operandi of these families in their traditional servility to the United States, damaging the interests of the Nicaraguan people.

This process, in strict compliance with Nicaragua’s Constitution is irrefutable proof that democracy works and is capable of restraining those who seek to circumvent constitutional mechanisms established to safeguard justice. Therefore, this matter is as far from being political as can be. It is a criminal case, of law-breaking, as the investigations demonstrate, and so it is the judges who are applying the legislation, not the government, as the corporate media arbitrarily broadcast, seeking in this way, not only to falsify the facts, but to demean the competence and legitimacy of the country’s justice and institutions.

Now, as regards the direct relationship with former president Violeta Barrios, whenever they refer to it the international media conceal that for the people of Nicaragua it was one of the most nefarious and corrupt of governments. Similarly, from that time onward, this family put into practice the very pattern of corrupt, parasitic, oligarchic behavior which, as we noted earlier, is an atavistic syndrome with a history involving such shameful matters as selling off or even gifting the nation and its sovereignty. The so-called Chamorro-Bryan Treaty, which ceded the country’s sovereignty completely to the United States, is a well known example.

Likewise, in the annals of Nicaragua’s history we find more than half a dozen characters who have occupied the country’s presidency, with zero scruples about obtaining that position using every unconstitutional artifice ranging from violence and corruption to stirring up hatred and coups d’état. This is the pattern of conduct these families gravitate towards. Hence it comes naturally to them them to promote coups, seek to destabilize the country or sell it to the United States or mortgage it as their predecessors did, since the investigation process shows that this person was already mortgaging the country given that the financing she received via her foundation (which it has now come to light served as a money pass-through, collector, intermediary and launderer) were advances that imperialism/colonialism gave her, against which to collect later, logically.

A last reflection, again following the studies of Diana Balmori and others, on the way parasitic oligarchies have acted in our countries: they have always been opportunists waiting for their moment, although, Balmori indicates that she refers to moments that present signs of political weakness, nevertheless, it is obvious that moments and circumstances change and that our peoples evolve. In the current case, the Sandinista Revolution is not only stronger than ever, but the people are clear about what these so called “notables” represent, hence their granite cohesion around the Sandinista model which, as well as being being a real alternative, makes its results felt, lived, breathed and enjoyed in every area of national life.  Those results are undeniable.