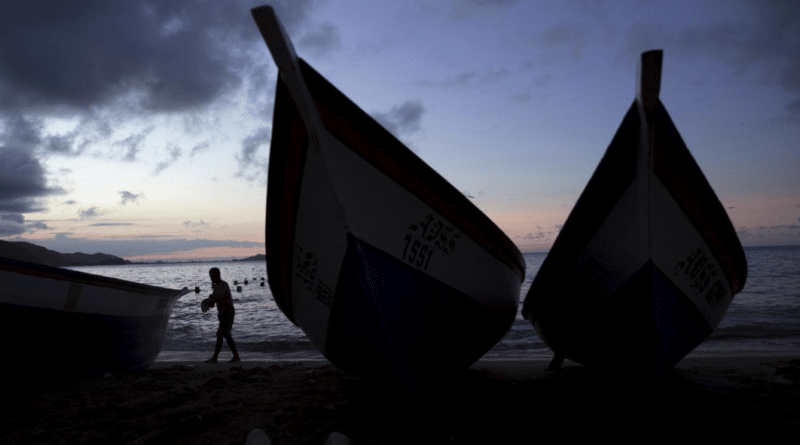 Eleven bodies were found in a boat near Güiria (state of Sucre), according to reports from the Autonomous Institute of Police of the Sucre state which Ultimas Noticias has accessed.

The bodies—four adult women, four adult men, two boys, and one girl—were found on Saturday seven nautical miles off the coast of Sucre and were transferred to Güiria in the patrol boat Sereta, acronym PG-412, to the dock of the Bolivarian National Guard.

Law enforcement agencies went to the dock. They lifted the corpses and transferred them to the forensic clinic of the Santos Anibal Dominic Hospital located in Carúpano (Sucre) where tests will be conducted for their identification. Unofficially, it was learned that 19 people were traveling in the boat, which disappeared 3 days ago, bound for Trinidad and Tobago.

RELATED CONTENT: Inequality: Cause and Consequence of the Pandemic

On Sunday, right wing operators and media launched a social media campaign with all sorts of theories having as common denominator attacks against the governments of Venezuela and Trinidad as well as invigorating the campaign portraying mass migration resuming in Venezuela.

Official communique by the Ministry of Interior

Faced with the unfortunate event that occurred off the coast of Güiria, Sucre state, in which a group of compatriots died on the high seas after the boat in which they were traveling overturned, the Government of the Bolivarian Republic of Venezuela issued a statement in which it condemned the manipulation of public opinion using the tragedy as an excuse.

In a responsible manner, the government reported that so far 14 bodies have been located, some of them on the coast, without anyone having claimed a missing family member so far.

The document states that the Coast Guard patrol ABM “Sereta 412” found eleven bodies on Saturday at 6:10 pm during regular patrol in the sea off the coast of Guiria and on Sunday three more bodies were found on the shores. No one has claimed the bodies yet, the official statement highlighted.

In the communique, the Government announced that it is in the process of investigations to determine the true cause of death of these compatriots, without ruling out a possible connection with criminal activities in the area.

The statement denounced the actions of criminal gangs that are linked to the extremist opposition which “uses these facts to disqualify the actions” that the government is adopting with authorities of Trinidad and Tobago to coordinate migration and security issues.

The Government highlighted its work in perfect coordination with the military authorities of Trinidad and Tobago in support of search activities in marine areas, which is also carried out through aereal searches.

Featured image: File photo. A man walks past wooden boats in the bay of Rio Caribe a town near caribbean islands, in the eastern state of Sucre, Venezuela October 29, 2015. REUTERS/Carlos Garcia Rawlins