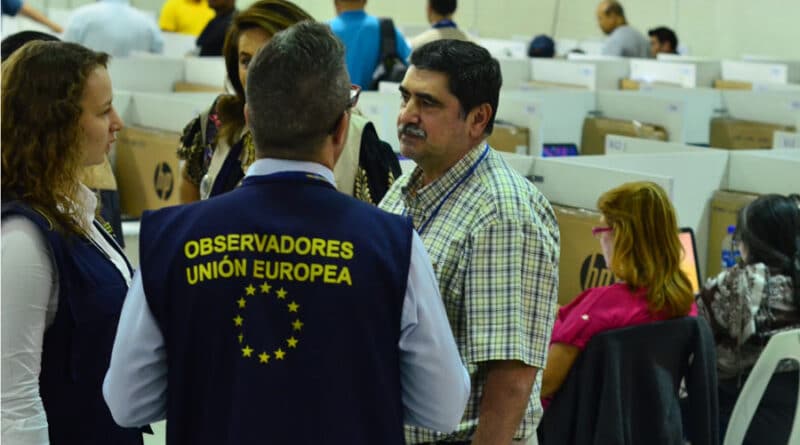 This Monday, June 21, Josep Borrell, High Representative of the European Union for Foreign Affairs, confirmed that the international body will send a technical mission to Venezuela to evaluate preparations made by the National Electoral Council (CNE) for regional and local mega-elections, scheduled for November 21. Thus, at a later date, the European Union (EU) will decide whether to send electoral observers in November, reported Europa Press.

“There is a possible political opening,” said Borrell. “I will send a technical mission to consider whether the conditions for an observation mission are in place.” He issued the statement at a press conference following a meeting of foreign ministers in Luxembourg. Borrell failed to mention that, following Washington’s directives, the EU will green-light an electoral observation mission in November only if President Maduro abandons power, an inconceivable proposition.

According to the Spanish news agency, Borrell clarified that this constitutes the “preliminary” step before the bloc decides to send the electoral observation mission, which will depend on the report presented by the technical mission.

Borrell pointed out that “the conditions under which to send an observation mission are extremely varied, from security to political issues.” Thus, the EU insists that the people it sends can “carry out the work in a safe framework and without restrictions or limitations.”

The announcement followed the meeting he held over the weekend with the Venezuelan Foreign Affairs Minister, Jorge Arreaza, during an international forum in Turkey, in which Borrell spoke in favor of political dialogue between the government of President Nicolás Maduro and the opposition.

Also, according to Europa Press, the European diplomat assured that he “regrets” that the EU chose not to observe previous elections firsthand.

The article also highlighted that the CNE is “working to modify the observation regulations for municipal and regional elections so that the EU and the United Nations can participate, something that has not happened since 2005.”