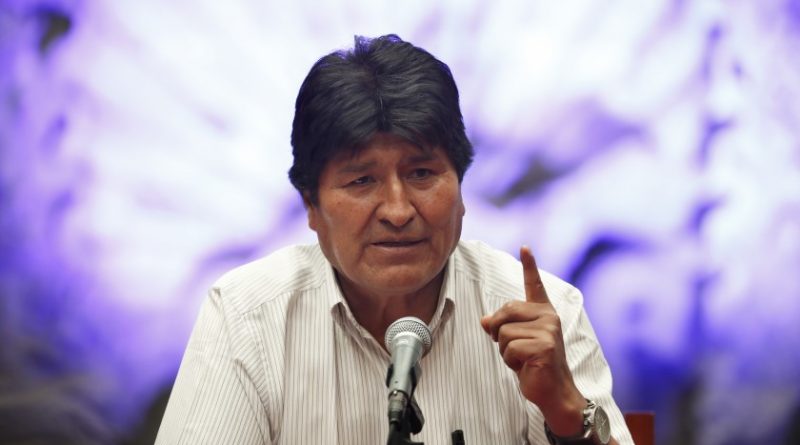 The OAS concluded on November 10 that there were alleged “irregularities in the electoral process” on October 20 in Bolivia, and urged redoing the elections without formally presenting any evidence.

The 60-year-old politician explained that the chancellery agreed with that organization to draw an official report on November 13, but “surprisingly” on Sunday the 10th, they announced that “they were going to communicate a preliminary one.” In that report, he commented, “the interpretation predominated,” and “they should have said there was a need for a second round and not recommend new elections.”

“The OAS decided on a political and non-technical or legal base,” said Morales, who also said he wanted to warn the secretary general of the organization, Luis Almagro, that they were going to cause “a massacre in Bolivia,” but no one put him in contact with Luis Almagro, the controversial Secretary General.

The same day that the OAS published the report, Morales announced the call for new elections. However, the head of the Armed Forces and the general commander of the Bolivian Police asked him to resign, under the alleged argument of seeking the stabilization of the nation. Morales presented his forced resignation on Sunday to avoid an escalation of violence, after almost 14 years in power.

“The coup d’etat is confirmed”
Regarding the self – proclamation of the opposition legislator, Jeanine Áñez, as interim president of the Andean country, Morales said that this “confirms the coup d’etat” and asked the Plurinational Constitutional Court (TCP) of Bolivia to “comply with the law”.

Áñez declared herself interim president in a legislative session without quorum on Tuesday in the Senate. The TCP, as well as the Armed Forces, led by William Kalimán, the military man who urged Morales to resign, recognized her. In fact, it was Kaliman himself who affixed the presidential sash and handed her the baton.

The Coordinator of the Six Federations of the Tropic of Cochabamba, bastion of Morales, did not recognize the self – proclamation of Áñez. “We declare ourselves in national mobilization against the coup d’etat that has been perpetrated in our country,” he announced.

“To the commanders: do not become stained with the blood of the people,” he warned.

According to the Prosecutor General of Bolivia, seven people have died during these days of social conflict in the country. Most of the victims died from gunshots.

Finally, the president, who emphasized in his speech that he “never” in his life asked institutions and authorities to do “something illegal”, again stressed that his great crime is “to be indigenous.”

“I couldn’t understand how my commanders could be so disloyal. That confirms that my great crime is to be indigenous,” he stressed.