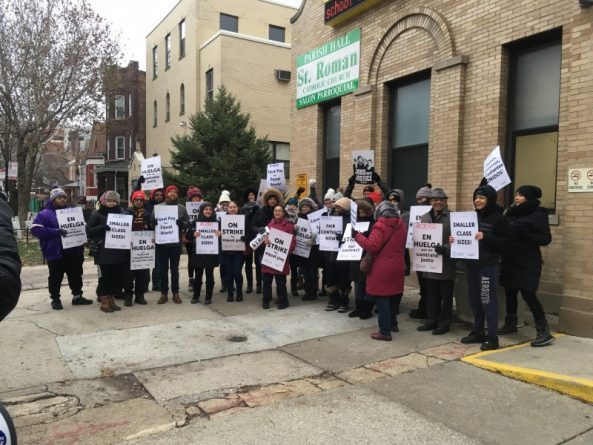 The strike by these educators is over resources for the students, such as classroom size, and hiring enough special education positions. ACERO teachers are also demanding better wages, as they make $13,000 a year less than teachers in the public schools, and work more than 100 hours a year longer. At the same time, the charter school network received over $10 million more from tax payers this year, but spent $1 million less on the students.

ACERO has continued the reputation of corporate greed and corruption of its predecessor, UNO. According to Dina Fennerty, a striking teacher at the Paz school in Chicago’s Little Village neighborhood, “The name changed, but not the way they treat teachers or students.”

The union is vowing to continue the strike until their demands are met.