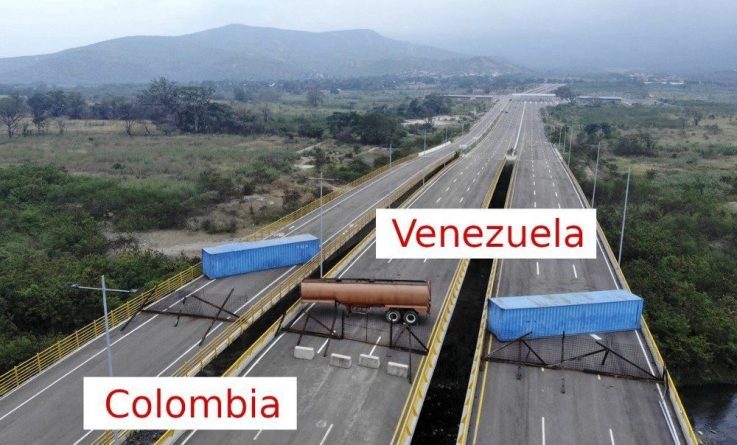 One of the most iconic symbols of the Cold War was the series of closed roads and bridges between East and West: while some of these, like Checkpoint Charlie in Berlin, functioned as international borders within divided countries and even cities, others were only opened for exchanges, like Berlin’s Glienicke Bridge, made famous as the “Bridge of Spies” for its use to facilitate spy swaps, or Panmunjom’s “Bridge of No Return,” over which prisoners of the Korean War were exchanged.

We now find ourselves in a similar situation: while a courageous whistleblower, Chelsea Manning, who suffered inhumane captivity for years because of her exposure of US war crimes in Iraq, is once again imprisoned, and Julian Assange, her publisher, has been rendered from the Ecuadorian Embassy by British Special Branch police, in whose custody he is extremely vulnerable to extradition to the United States, where he could face life imprisonment or even execution, Juan Guaidó and Leopoldo Lopez, the leaders of the coup plot to overthrow the democratically elected government of Venezuela, now face similar consequences as Manning and Assange: like the latter, they now seek refuge in foreign embassies.

The cases of Julian Assange and Edward Snowden clearly evince that the Vienna Convention on the safe conduct of persons in diplomatic vehicles is no longer being applied to fugitives: why should Venezuela allow Guaidó or López the safe passage denied to Assange or Snowden?

In the other hand, this situation puts the Venezuelan government in the position of offering such safe passage out of the country to the coup plotters…provided Chelsea Manning and Julian Assange are likewise allowed to walk freely into Venezuela.

In this way, Venezuela can mark World Press Freedom Day by opening a bridge of freedom to Chelsea Manning and Julian Assange, two courageous truth-tellers…and assuring this becomes a “bridge of no return,” of exile, for Leopoldo López and Juan Guaidó.