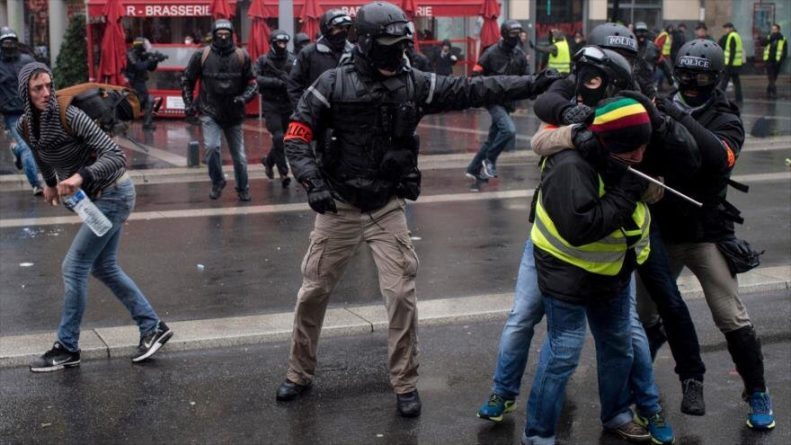 French intelligence has so far found no evidence of an “implication” of Russia in the protests of the so-called “yellow vests”.

The weekly Le Journal du Dimanche, citing a source from the French intelligence services, said Sunday that neither the General Directorate of Foreign Security (DGSE) nor the Directorate General of Internal Security (DGSI) were able to determine the presumed direct involvement of the Russian services in the dissemination of false news or conspiracy plans within the framework of the movement of “yellow vests”.

“To date, no evidence has been found of their (Russian) involvement in the movement (of the yellow vests),” the weekly newspaper said, adding that these are not definitive results of the investigations in this regard.

On December 9, French Foreign Minister Jean-Yves Le Drian announced that the General Secretariat of Defense and National Security of France is investigating the alleged participation of Russia in the protests of the “yellow vests”.

In response, the spokesman of the Russian Presidency, Dmitri Peskov, denied on Monday “rumors” that link them with these protests, ensuring that the Kremlin “respects” the Gallic sovereignty.

The protests of the “yellow vests” began on November 17 against the increase in the price of fuel and the cost of living. Although Paris later canceled its plan to raise taxes on fuel, the movement has only grown to become a tide of daily protests against the policy of President Emmanuel Macron.

The fifth weekend of these demonstrations took place on Saturday, when some 66,000 people demonstrated in Paris (the French capital) and other major cities in the country, of which more than 120 were arrested and dozens were injured.

After a month of massive protests of the “yellow vests”, the approval to the management of Macron falls to its lowest level and stands at 23%, according to a survey prepared by the French Institute of Public Opinion (Ifop).