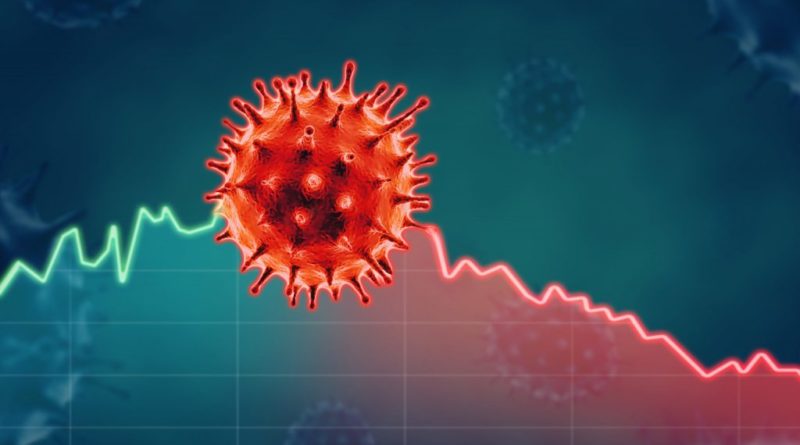 Twelve years after the financial crisis of 2008, history is repeating itself, we do not yet know whether as a deeper tragedy or directly as a farce. Three billion people in the world are confined by a coronavirus, called SARS CoV-2, which has changed the world but has also achieved what socialism could not: the assumption of the imperious need of the State as a tool to guarantee the reproduction of life in the face of the predatory advance of capital.

The pandemic that is sweeping the world, exposes how neoliberalism has been dismantling the state and its health system, privatizing and handing over control to private pharmaceutical companies where it could. And where there was still a welfare state, as in Spain and Italy, the health system has collapsed.

The geopolitical tsunami has forced the United States, and despite Trump, to approve a rescue in the form of public investment of 2 trillion dollars, while the number of infections already exceeds the nearly 82,000 of a China that through an authoritarian and efficient state with control over the means of production and high technology, has been able to neutralize the local infections of the Covid-19. Russian trucks enter Rome, while in Germany and France there is talk of nationalizing companies, while Japan postpones the Olympic Games until 2021 and India confines 1.3 billion people. In Latin America, Cuban doctors are returning to Brazil, after being expelled by Bolsonaro, who is being rebelled against by some governors who are promoting a lulaist like basic income as a measure to confront the crisis. Meanwhile, in Chile, which is the Israel of South America, Piñera decreed a state of constitutional emergency.

But all of the above are G20 or the Organization for Economic Co-operation and Development countries. That must be why we talk so much about the coronavirus and not much about malaria, which in 2019 alone killed 400,000 people in Africa. Sorry, where I said people I wanted to write 400,000 poor black people. Because that’s the underlying debate in Mexico today and in many other countries. Isolation may be necessary in many places to contain the pandemic, but it can only be sustainable if it does not condemn to hunger the most vulnerable, those who do not have social safety nets and are not part of the formal economy.

After the health crisis comes the economic and social crisis, once supply is interrupted by the disruption of supply chains and there is a shock of internal and external demand.

In the United States, 27 million people remain uninsured and 11 million more are undocumented. The coronavirus has already triggered claims for unemployment benefits to an all-time record of 3.28 million. This is only in the United States because on a global scale the International Labor Organization estimates a growth in unemployment of 5.3 million people in its most cautious hypothesis and 24.7 million in the most extreme. By comparison, the 2008-2009 financial crisis left 22 million new unemployed. In Latin America, the Covid-19 crisis could push the number of people in poverty and extreme poverty from the current 250 million to 310 million, half of the 620 million people who live in the subcontinent.

On a strictly economic level, the United Nations Conference on Trade and Development estimates global losses at $2 trillion, but other studies speak of up to $9 million, which would mean 10 percent of global GDP in a world in crisis where global debt already exceeds $250 trillion.

We are at a fork in the road with two possible ways out: one is the road envisioned by Slavoj Zizek, an alternative society of cooperation and solidarity, based on trust in people and science; the other road is defined by Byug Chul Han as greater isolation and individualization of society, fertile ground for a stronger return to capitalism.

But before the bifurcation we are already in a moment where, as Carlos Fernández Liria defines, we are more concerned about the coronavirus infecting the markets than people. All of this in a scenario defined by Boaventura de Sousa Santos with the apparent oxymoron of permanent crisis, where we have normalized the exception that allows us to justify dispossession, accumulation by dispossession and the doctrine of permanent shock against our peoples.

What is clear is that the reproduction of capital, made difficult by the crisis of a decomposing capitalism, can find a window of opportunity as a part of the world population disappears and new markets are created.

The way out of this new crisis must first be Keynesian, (re)building strong states that rescue people and not banks or transnationals, states that take advantage of the momentum to move towards other energies not based on fossil fuels while continuing to deepen all possible post-neoliberal alternatives.

Or maybe we don’t need so much theoretical juggling and should be guided by Britney Spears quoting writer Mimi Zhu: “We will feed each other, redistribute wealth, strike. We will understand our own importance from the places where we must stay. Communion goes beyond walls. We can still be together.”