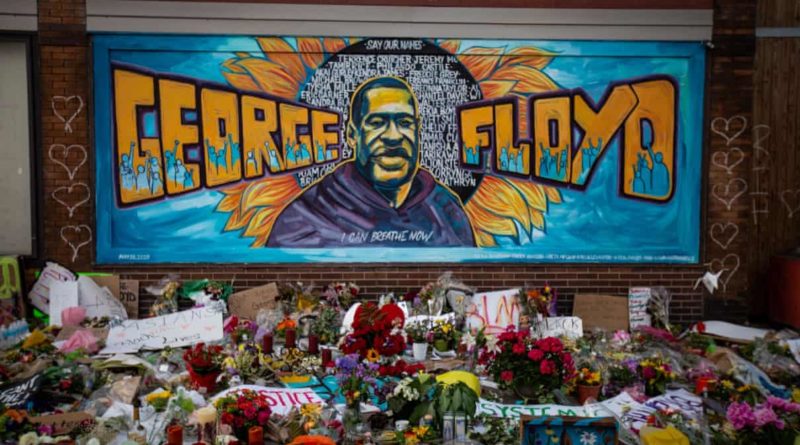 Report comes as the family releases results of a private autopsy which determined the cause of death as asphyxiation.

A medical examiner has classified George Floyd’s death as a homicide, saying his heart stopped as police restrained him and suppressed his neck.

Under “other significant conditions”, it said, Floyd suffered from heart disease and hypertension, and listed fentanyl intoxication and recent methamphetamine use.

The news comes as the family of George Floyd released the results of a private autopsy, with pathologists concluding that the cause of death was asphyxiation from sustained pressure.

The autopsy, by a doctor who also examined Eric Garner’s body, found the compression cut off blood to Floyd’s brain, and that the pressure of other officers’ knees on his back made it impossible for him to breathe.

Bystander video shows the now-fired police officer Derek Chauvin holding his knee on Floyd’s neck despite the man’s cries that he can’t breathe until he eventually stopped moving.

The video has sparked a wave of protests across the US in the week since Floyd’s death.

The family wants Chauvin, who was charged with third-degree murder and manslaughter last Friday, and the three officers who also detained Floyd but have yet to be arrested or charged, all to be charged with first-degree murder.

Last week an official autopsy by the Hennepin county medical examiner, covering the jurisdiction where Floyd died, gave preliminary results that found cause of death to be the “combined effects of Mr Floyd’s being restrained by police, underlying health conditions and any potential intoxicants in his system”.

The Hennepin county’s preliminary report sparked widespread backlash across the country for saying the examiner found “no physical findings that support a diagnosis of traumatic asphyxiation or strangulation”.

The announcement of the updated report emphasized that its finding is “not a legal determination of culpability or intent”.

So far, spokespeople for the medical examiner’s office in Minneapolis have not commented on why its new report has concluded that Floyd’s death was a homicide.

The lead attorney for Floyd’s family, Ben Crump, released the news of the private autopsy ahead of a press briefing in Minneapolis on Monday, where Floyd died a week ago.

The family’s autopsy was conducted by Michael Baden and Allecia Wilson. Baden is the former chief medical examiner of New York City, who was hired to conduct an autopsy of Eric Garner, a black man who died in 2014 after New York police placed him in a chokehold and he pleaded that he could not breathe.

Baden and Wilson found that weight being applied to Floyd’s back, his hands being cuffed behind his back and the position of his body, where he was also at times being restrained by other officers as he lay on the ground, “were contributory factors because they impaired the ability of Mr Floyd’s diaphragm to function”.

Baden said: “What we found is consistent with what people saw. There is no other health issue that could cause or contribute to the death.”

The pathologists believe Floyd died at the scene. Crump said: “For George Floyd, the ambulance was his hearse.”

In numerous high-profile cases of killings by police, charges were not filed even after the government autopsy reports have ruled the deaths a homicide. Floyd’s family and people across the US have urged prosecutors in Minnesota to file charges against the three other officers who were present for the killing.

A public memorial is planned for Floyd in Minneapolis on Thursday. He was originally from Houston, Texas, and there are plans for that city to be his final resting place, with details to be confirmed.