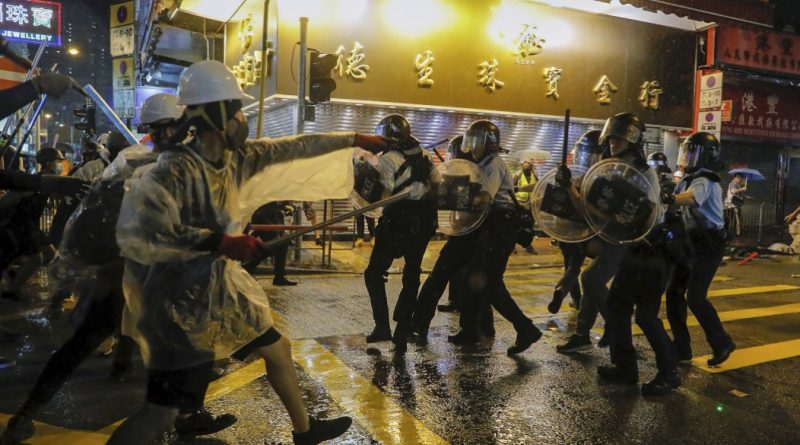 The tech firm accused them of behaving in “a co-ordinated manner while uploading videos relating to the ongoing protests in Hong Kong.”

In a statement he said that “protecting our users and the integrity of our platforms is essential to Google’s mission.”

He did not identify the nature of the videos that led to the banning of the YouTube channels, but said that the company’s move was “consistent with recent observations and actions related to China announced by Facebook and Twitter.”

As reported in the Star last week, Twitter blocked more than 900 accounts it claimed were aiming to “sow political discord” in Hong Kong.

A statement on the social media organisation’s blog insisted the accounts were trying to undermine “the legitimacy and political positions of the protest movement on the ground.”

It was assisted in identifying the accounts by notorious US government-funded NGO Freedom House.

Many commentators including Noam Chomsky accuse the NGO of being a CIA front organisation and a propaganda arm for Washington’s foreign policy.

Facebook also moved to block seven pages, five accounts and three groups which have engaged in “co-ordinated inauthentic behaviour” that originated in mainland China and criticised the Hong Kong protests.

China has continued to warn the US against interfering in its “domestic affairs.”

Leaders of the protests have been criticised after holding meetings with US officials and are reported to be receiving funding from Washington.

Huge pro-Beijing protests have been largely ignored by the mainstream press.

Feature image: Policemen are confronted by demonstrators on a street during a protest in Hong Kong today / AP