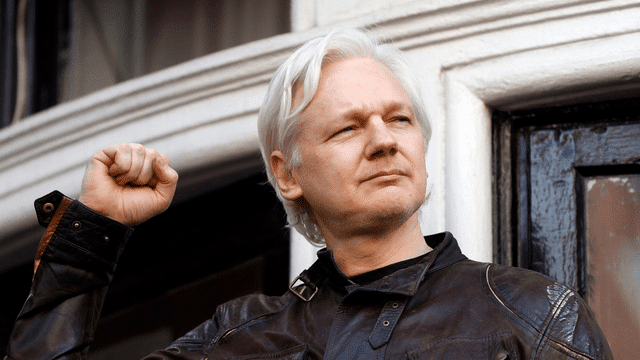 Over the past week, a growing groundswell of opposition to the US-led persecution of Julian Assange has come to the surface of political life internationally.

Prominent public figures in Britain, Europe and Australia, including doctors, journalists, politicians and United Nations representatives, have condemned the WikiLeaks founder’s imprisonment in the UK’s maximum-security Belmarsh Prison. They have demanded an end to the attempt to extradite him to the United States, where he faces charges of espionage and life imprisonment for publishing the truth.

Their statements, and a number of significant events in Assange’s defence, are a welcome blow to the conspiracy of silence that has surrounded his persecution, enforced by governments, official political parties around the world and the corporate media.

The expressions of hostility to the US-led vendetta against Assange come in the lead-up to extradition hearings next February in the UK. British authorities have trampled on Assange’s legal and democratic rights, including his ability to prepare a defence, and have dismissed warnings from medical experts that his health has deteriorated to the extent that he could die in prison.

The surge of support for Assange also follows the ignominious collapse of the attempts to frame him as a “rapist,” with Swedish prosecutors last week finally abandoning a nine-year “preliminary investigation” into sexual misconduct allegations.

The bogus Swedish investigation, characterised by a litany of procedural abuses and violations of due process, played a central role in undermining the mass support that Assange enjoyed in 2010. It was invoked by innumerable pseudo-left organisations, media pundits and self-styled civil liberties organisations to join the attacks on Assange or justify their refusal to defend him.

Now, however, it is clear to millions that Assange is, and always has been, a political prisoner. His “crime,” according to the US government and its allies, was to publish documents of historic significance revealing their war crimes, global diplomatic conspiracies and surveillance operations affecting billions of people.

The US attempt to prosecute him has opened the floodgates for an assault on press freedom and free speech, with the “Assange precedent” spurring government attacks on journalists in France, Australia and the US.

These factors have contributed to the following significant developments:

● Last weekend, more than 60 eminent medical doctors issued an open letter to the British home secretary, warning that, unless urgent action is taken, Assange may die in Belmarsh Prison. The doctors condemned Britain’s denial of adequate medical care to Assange and called for him to be immediately moved to a university teaching hospital. Their initiative was reported in dozens of publications around the world.

● On Monday, the inaugural meeting of a cross-parliamentary group of eleven Australian federal parliamentarians unanimously resolved to lobby for the US extradition request to be dropped and for Assange “to be allowed to return to Australia.” The statement breached years of silence on Assange by all of the official Australian political parties, including those represented within the grouping. Former Australian Prime Minister Kevin Rudd also warned that a US extradition of Assange would be “unacceptable.”

● On Wednesday, the French journalists’ union published an appeal for the government of Emmanuel Macron to oppose Assange’s persecution.

● On the same day, statues were unveiled outside Berlin’s Brandenburg Gate of Assange and the courageous whistle-blowers Chelsea Manning and Edward Snowden. UN Special Rapporteur on Torture Nils Melzer described them as “our dissidents,” whose cases were “the most significant test of our time for the credibility of Western rule of law and democracy.” Melzer, along with Assange’s father John Shipton and WikiLeaks editor Kristinn Hrafnsson, spoke at an event in the German Bundestag, where they were warmly received by a number of parliamentarians.

● On Thursday, an overflow crowd attended a public meeting in London rallying support for Assange. It was addressed by renowned investigative journalist John Pilger, former British diplomat Craig Murray, and other defenders of Assange, including the popular rapper Lowkey.

● That evening, the prominent Australian journalist Kerry O’Brien spoke strongly on the need to defend Assange in his keynote address to the Walkley Awards, Australia’s preeminent media event.

O’Brien warned of the turn toward “fascism” revealed in attacks on press freedom. He told the audience: “As we sit here tonight, Julian Assange is mouldering in a British prison awaiting extradition to the United States. This government could demonstrate its commitment to a free press by using its significant influence with its closest ally to gain his return to Australia.”

O’Brien recalled that Assange received the 2011 Gold Walkley Award for the very publications over which the US is seeking to prosecute him—in an implicit condemnation of those media organisations that had turned on the WikiLeaks founder. Paul Murphy, head of the Media, Entertainment and Arts Alliance, which has failed to date to mount any significant campaign in defence of Assange, a member of the union, also condemned the threatened extradition.

RELATED CONTENT: The Lies About Assange Must Stop Now

Underlying these significant statements is the broad support for Assange among ordinary people and widespread popular anger and concern over the threatened extradition, revealed in the fact that petitions demanding his freedom have been signed by hundreds of thousands of people.

The political parties in a position to intervene to secure Assange’s release, however, have either remained silent or rejected calls that they defend him. This includes the British Labour Party of Jeremy Corbyn, which has not even mentioned the WikiLeaks founder amid a general election campaign, and the Australian government, which is participating in the campaign against Assange despite the fact that he is an Australian citizen.

For their part, the pseudo-left organisations, taking their lead from the state authorities and representing the most affluent layers of the upper-middle class, have said nothing.

Behind the scenes, the intelligence agencies and governments that have spearheaded the campaign against Assange are doing everything they can to ensure that nothing disrupts his extradition and show trial. For the ruling elites, the attack on Assange is viewed as a crucial precedent for silencing government critics, suppressing anti-war sentiment and intimidating mass social and political opposition.

Over the past 18 months, the World Socialist Web Site and the Socialist Equality Parties have intensified their decade-long campaign in defence of Assange. The developments of the past week have substantiated the key political foundations of this struggle.

They have demonstrated that the fight to defend Assange, whose persecution is the spearhead of an international drive to authoritarianism, must be global in scope. It requires the mobilisation of principled defenders of democratic rights, including journalists, doctors, artists and intellectuals.

Above all, the campaign must be based on the international working class, the overwhelming majority of the population and the most powerful social force, whose interests are inseparable from the most determined offensive to defend all social and democratic rights. Only through the activation of the mass support for Assange will the authorities in Britain and Australia be forced to uphold his democratic rights, block the US extradition and grant his freedom.

It is crucial that this fight be intensified in the lead-up to the extradition trial in February. The WSWS appeals to all workers and defenders of democratic rights to:

● Hold meetings in your workplace, college, university or school to discuss the imminent threat to Assange’s life and the dangers this poses to the democratic rights of the entire working class.

● Pass resolutions demanding his immediate freedom and the blocking of his extradition to the US.

● Organise delegations for the global demonstrations that have been called in February. Make a special appeal to those sections of workers now in struggle, including rail and postal workers in the UK, autoworkers in the US, Germany and elsewhere, and the millions of others entering into class battles internationally. 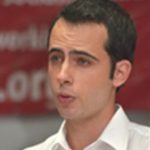 Oscar Grenfell is the national convenor of the IYSSE, a member of the SEP’s national committee and a regular correspondent for the World Socialist Web Site. He has written extensively on key political and industrial issues, including in defence of Assange and Manning, the political and social crisis confronting young people and exposures of the pro-capitalist policies of the Greens and of the pseudo-left’s divisive “identity” politics.

Oscar Grenfell is the national convenor of the IYSSE, a member of the SEP’s national committee and a regular correspondent for the World Socialist Web Site. He has written extensively on key political and industrial issues, including in defence of Assange and Manning, the political and social crisis confronting young people and exposures of the pro-capitalist policies of the Greens and of the pseudo-left’s divisive “identity” politics.