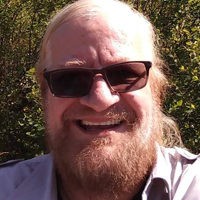 John Wojcik is editor in chief at Peoplesworld.org. He started as labor editor of the People’s World in May, 2007 after working as a union meat cutter in northern New Jersey. There he served as a shop steward, as a member of a UFCW contract negotiating committee, and as an activist in the union’s campaign to win public support for Wal-Mart workers. In the 1970s and ’80s he was a political action reporter for the Daily World, this newspaper’s predecessor, and active in electoral politics in Brooklyn, New York.