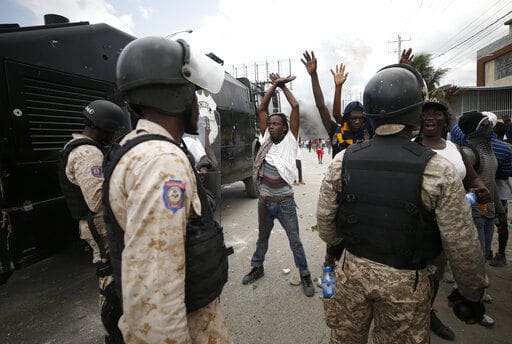 Over two centuries after the 1804 Haitian Revolution ended slavery and established the world’s first black republic under the leadership of ex-slave Toussaint L’Ouverture, Haitians are revolting yet again, this time against sitting President Jovenel Moise. But even if he’s toppled, that’ll hardly be the end of troubles in a country wrecked by a revolving cycle of costly disasters, mired in deep poverty and with a long history of external interventions, invasions and occupations, coups and counter-coups – and massive national popular protests.

The latest unrest comes against a background of earlier protests last year against plans to remove petrol subsidies, against riding food prices and energy shortages, but buttressed by decades of poverty, especially sustained by the forced repayment by Haiti in 1838 of 90 Million Gold French Francs (today’s equivalent of US $21 billion) with interest, to preserve its independence. Haiti only finished repaying in 1947.

Haiti’s over seven million people have seen countless military and civilian governments come and go. But through it all, conditions have steadily worsened in a country where the effects of successive natural and man-made disasters — including floods, earthquakes, hurricanes and a cholera outbreak caused by United Nations troops, claimed the lives of hundreds of thousands between them.

The inability of successive governments to repair nationwide damage, create employment or improve health and housing conditions has over time resulted in high levels of public apathy and popular discontent, the number of electors voting reduced from nearly 70% in the 1990s to only 20% in the last two national polls in 2012 and 2016.

Succeeding governments of all political shades have been unable to inspire hope and encourage public trust, confidence or support, most accused of corruption. President Moise is under pressure to account for billions of US dollars’ worth of assistance provided by Venezuela through the Petro Caribe Fund, a multilateral mechanism realized by the late Venezuelan President Hugo Chavez to assist Caribbean and Latin American nations overcome their energy and economic difficulties.

The intensity and extent of these latest popular protests are worrying the traditional power-brokers opposed to radical change, who mainly fear the increasingly influence of a new pool of radical elements from across the political spectrum that’s been planning a different outcome than the usual replacement of failing governments by successive administrations that fail to improve the conditions of the poor majority.

A Patriotic Forum comprising left, revolutionary, progressive, democratic and national forces of all sectors, parties and social movements who fought against the colonial, imperial and neoliberal policies in the country met for four days (August 27-31, 2019) to discuss a common understanding of the deep historical causes and structures of the current crisis and those responsible for it at both national and international levels.

The 250 leaders representing peasants, trade unions, youth, students, women, civil society, human rights, religious and business organizations drew-up action plans to not only force the president’s resignation or impeachment, but to also begin a popular national political transition for the benefit of the poor majority.

Such a long-term approach will not be supported by the traditional parties and politicians only interested in short-term approaches to assuming political power for reasons other than seriously addressing the impoverished nation’s lingering social, political and economic problems.

With the protests widening, the government dysfunctional and the Senate blocking appointment of a new Prime Minister, the President remains under siege. Opposition parties and protest organizers are ignoring his calls for ‘national dialogue’, while propositions for sustainable change based on new approaches to old problems are gaining ground as people become increasingly restless in their demands for purposeful change.

But the forces proposing non-traditional approaches to ending the crisis are also up against the continuing influence of external actors in Haiti, including the US, the United Nations (UN) and France.

RELATED CONTENT: Haiti: Jovenel’s Regime is Crumbling in the Face of Popular Fury

The US invaded in 1915 under the Monroe Doctrine, to protect US property and investments in a region it has long designated as ‘America’s backyard’. The US only withdrew its troops 19 years later in 1934, but maintained fiscal control over the entire country until 1947. The US also invaded the neighboring Dominican Republic twice, occupying the country from 1916-1924 after it became unable to repay US debts; and again in 1965 to prevent the election of Juan Bosch, who US President Lyndon Johnson said was ‘a communist’ who would have turned the country into ‘another Cuba’.

UN peacekeeping troops occupied large parts of Haiti following political crises and natural disasters, but while the UN accepts responsibility for its troops having introduced the cholera epidemic in 2010 that took over 3,500 lives, it nonetheless invoked diplomatic immunity to evade payment of compensation to the hundreds of thousands affected overall.

France, on the other hand, as the old colonial power still with much interests there, is interested in not seeing a Haitian government that will demand a return of the compensation sums extracted over more than a century.

The current crisis is heading in the direction of another round of regime change in Haiti. But while it may be too early to predict what the outcome will be, it’s very clear that unless it results in a government that will truly move to change people’s conditions for the better, it’ll just be a matter of waiting for the next change, whether it comes by the ballot or the bullet or the pounding of Haitian feet on the national parapets.

Haiti and the neighboring Dominican Republic share the same island of Hispaniola and have traditionally been at odds. But their two presidents were among five Caribbean leaders who met with US President Donald Trump at his private Florida golf resort in March 2019, where they agreed to support Trump’s Venezuela campaign in exchange for promises of more direct US support.

Washington will try to avoid being forced to choose between President Moise and any successor who might not support the US like he now does. But the Petro Caribe controversy allows his opponents to sell him as an ingrate for turning against Venezuela and effectively biting the hands that so graciously helped his country.

The internationalization of the latest corruption scandal will surely influence the outcome of the continuing and growing popular protests — and force the contradictions to the fore in ways that will only intensify the clashes between those wishing to preserve the old order and those determined to ensure real progressive change and not just another change of government. 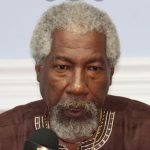 Earl Bousquet is a founding member of the Workers Revolutionary Movement (WRM) in St. Lucia, writer and contributor to news outlets all over Latin America and the Caribbean.

Earl Bousquet is a founding member of the Workers Revolutionary Movement (WRM) in St. Lucia, writer and contributor to news outlets all over Latin America and the Caribbean.