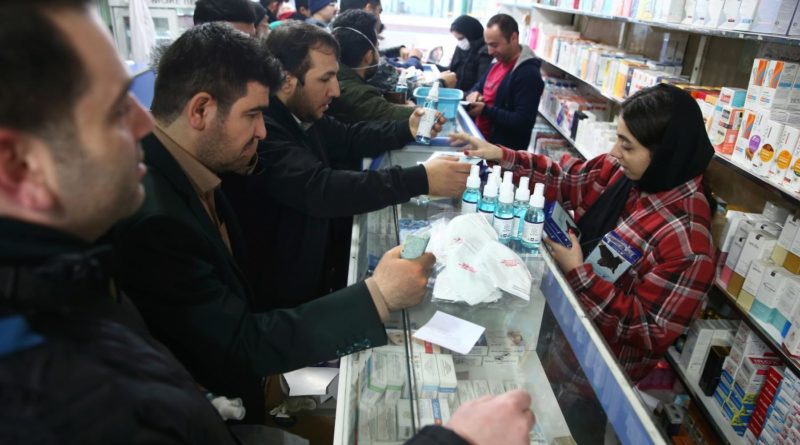 When countries across the Middle East began to confirm their first cases of the new coronavirus, the vast majority of patients had travelled to one country: Iran.

The rapid spread of the disease in Iran prompted global health experts and analysts to call on the United States to ease its sanctions on the Islamic republic as restrictions continue to hamper Tehran’s ability to buy pharmaceuticals or medical equipment.

Since 2018, US trade sanctions meant that Iran has been unable to purchase medicine from European companies due to fears by European banks of being sanctioned by the US Treasury department if it traded with Tehran.

Iran’s state-run IRNA news agency also reported in 2019 that 81 people had died from a “fatal flu” due to shortages caused by the sanctions on an imported vaccine.

But have US sanctions impacted Iran’s ability to combat the coronavirus?

Earlier this week, a board member for Iran’s association of medical equipment, told Iranian news agencies that sanctions have prevented the country from buying the Chinese test kits needed to detect the coronavirus.

Holly Dagres, a non-resident fellow at the Atlantic Council, told Middle East Eye that the sanctions have impacted Tehran’s ability to address the coronavirus – officially known as COVID-19 – but laid the blame of the spread of the disease on the Iranian government.

“There are many precautions that could have been taken, but the Iranian government decided to act on its own accord,” Dagres remarked.

“For example, the government knew the virus was spreading on February 13th, but still decided to hold parliamentary elections on February 21st.”

Since the confirmation of the coronavirus outbreak in Iran, 19 people have died from the illness, while 139 people have been infected.

Most of the cases in Iran and the Middle East have come from people who have visited the Iranian city of Qom – a Shia holy city and Iran’s seventh-largest city.

Sanam Vakil, the deputy director of the Middle East and North Africa programme at Chatham House, however, told Middle East Eye that it was too soon to confirm if sanctions have affected Iran’s coronavirus response.

“US sanctions have hampered Iran’s ability to purchase or access medical equipment or pharmaceuticals in the international market, and that’s because there is no financial mechanism to fulfil those transactions,” said Vakil.

Washington pulled out from a multilateral nuclear deal in 2018 and reimposed sanctions on Tehran, heavily impacting Iran’s economy.

“The [government’s] response, however, has been lacklustre by the government and unclear if that slowed response is because of political issues around the parliamentary elections or a poor effort at tracking the outbreak.

“Iran perhaps may not have the same levels of infrastructure, both human or medical, to address the crisis, though without a doubt there is a connection with US sanctions, but not the sole reason.”

The World Health Organisation (WHO) reported in February that 80 percent of coronavirus cases report only mild, flu-like symptoms, and just 2 percent of cases have resulted in death. While the virus has a much lower death rate than epidemics of similar viruses, such as SARS or MERS, it has spread far wider.

Countries bordering Iran have all closed their borders to the Islamic republic. Several Arab countries have suspended flights to Iran and other destinations.

But while Italy, Europe’s worst-hit country, has closed off several cities in the north of the country, Iran has refused to quarantine the city of Qom.

The outbreak of coronavirus, which originated in China in December, has killed more than 2,700 people and infected around 80,000, the vast majority in China.

Maysam Behravesh, a former security policy advisor in Iran, echoed Vakil’s concerns and argued that Iran has not “taken the threat of coronavirus seriously” until it reached a critical level.

“The medical sector in Iran has suffered as a consequence of the shortages in medicine caused in part by the inability to import them because of US sanctions,” said Behravesh.

“This has led to difficulties in public access to healthcare and contributed to a rise in prices, making it more difficult for ordinary people to buy the drugs they urgently need.”

“But make no mistake, the coronavirus outbreak and its spread are first and foremost a matter of state mismanagement, and primarily caused by the government – as it sought to ensure the continuation of good relations with China and to prevent its possible impact on the electoral turnout.”

Behravesh added that the “dysfunctionality” within Iran’s healthcare system may be due to the “government spending less”, compared to the past, on subsidies and “softer services” to make up for its sanction-compounded budget deficit. However, Tehran has maintained its military expenditure for regional non-state actors and for developing its missile programme.

‘Dragging heels’ on humanitarian exemptions
Earlier this year, the Swiss government set up a payment system for the Iranians to enable them to purchase humanitarian goods.

The European Union have also explored an alternative payment system for the Iranians that doesn’t fall foul of the US sanctions.

But while workarounds are being discussed and debated, analysts believe President Donald Trump’s administration have “dragged their heels” in creating exemptions for humanitarian goods.

“Technically speaking, the US sanctions exempt humanitarian goods…and since the re-imposition of sanctions, patients relied on domestic alternatives of their medicine, which aren’t the same quality and oftentimes, leave patients with numerous side effects,” said Dagres.

“Still, despite the introduction of the Swiss government brokered system, the process seems to be slow and can take weeks before more shipments are made, especially now with the coronavirus.”

Featured image: US sanctions have forced Iranians to turn to domestic alternatives which often have side effects (Reuters)