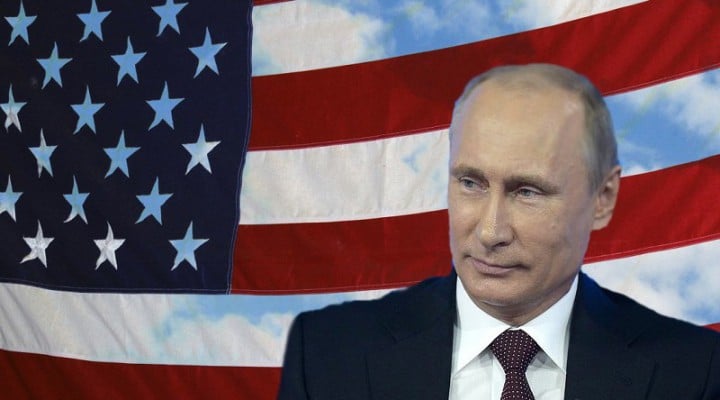 Russian Deputy Foreign Minister Sergei Ryabkov’s dramatic declaration that his country “will pursue the policy of active containment of the US on all fronts” if American pressure on Russia doesn’t soon end inspired a unique 20-point plan for what this could look like in practice.

Russia finally appears to be serious about “decoupling” from the West after over half a decade of its well-intended and passionate efforts to enter into a rapprochement with it following the onset of the Ukrainian Crisis. As I wrote last week after the scandal that erupted upon EU foreign policy chief Borrell’s return to Brussels from Moscow, “Russia Needs To Realize That EU Diplomacy Is Based On Deception,” I predicted that this event was a game-changer which would push Russia to accelerate its foreign policy diversification strategy towards non-Western countries, especially those in the Global South. Deputy Foreign Minister Sergei Ryabkov is evidently very serious about this after dramatically declaring on Wednesday that his country “will pursue the policy of active containment of the US on all fronts” if American pressure on Russia doesn’t soon end. He promised to prevent foreign meddling in his country’s democratic processes, promote multipolarity across the world, and impose counter-sanctions on the US.

Prior to Ryabkov’s policy announcement, Russian expert Sergey Markov predicted ten ways in which his country could respond to more EU sanctions against it. As Google Translated into English from his original Facebook post and slightly edited for clarity, these are:

“1. Russia may recognize the DPR and the LPR and accelerate their integration into Russia;

2. Russia may impose strict sanctions in the economy against the EU;

3. Russia may cease to consider the interests of Europe in Syria and Libya;

4. Russia may impose strict restrictions on the work of Russian-speaking media that are supported by the EU;

5. Russia may limit the work of NGOs, with which the EU tries to influence Russian public opinion;

6. Russia may tighten the position regarding the Russophobic regime in Ukraine and start working on its elimination and replacement with a pro-Russian government;

7. Russia may switch its economic projects from the EU to other countries, especially the East;

8. Russia may significantly increase its military resources in the Kaliningrad region and other regions close to the EU;

9. Russia may begin to react significantly more strictly to the Russophobic policies of EU countries such as Poland, the Baltic countries, Romania;

Korybko’s 10 non-Western proposals
I regard all ten of his proposals as viable options but nevertheless believe that they’re still too Euro-centric and reactionary. For that reason, here are ten non-Western ones that could prospectively be paired with Markov’s and pursued even in the event that the West temporarily stops provoking Russia:

2. Thoroughly articulate the unofficial national ideology of multipolarity and actively promote these views abroad through foreign policy and civil society outreaches, including through academia and the media;

4. Double down on “military diplomacy” with China through increased cutting-edge arms sales and joint military drills in order to send a message of unwavering security solidarity with the People’s Republic;

5. Pull out all the stops in seeking to jointly lead a new Non-Aligned Movement (“Neo-Nam”) with India in order to restore “balance” via tripolarity to the increasingly bipolar world that defines the US-Chinese New Cold War;

6. Prioritize progress on the N-CPEC+/RuPak Corridor in order to fulfill President Putin’s envisioned Arctic-Indian Ocean corridor that he first publicly proposed in October 2019 while speaking at the Valdai Club;

7. Ensure that Azerbaijani President Aliyev’s six-country regional integration platform is a success in turning the South Caucasus into the zone of geostrategic convergence between Russia, Iran, and Turkey;

8. Bring together steps 4-7 to ultimately create an expanded Golden Ring in the Eurasian Heartland which would function as the center of gravity for the emerging Multipolar World Order;

9. Continue practicing “vaccine diplomacy” to creatively establish strategic inroads in non-traditional partners that could then be courted to contribute to the collective cause of multipolarity;

10. Fulfill “Russia’s Five Most Important Tasks For Surviving World War C” and do everything to ensure that the entire world is aware of the significant insight that President Putin shared about this during his Davos speech.

Concluding thoughts
Ryabkov’s official announcement that Russia is seriously countenancing the creation of an anti-American containment strategy proves that the Kremlin is finally fed up with the West’s games. Markov’s prior ten proposals for how his country could react to the potential EU-initiated worsening of bilateral relations are thought-provoking and deserve to be considered, but they’re nevertheless Euro-centric and reactionary. Mine, however, are non-Western in focus and can be proactively undertaken even without Brussels taking the first step by sanctioning Russia like many expect it to do in a few days’ time during the next EU Foreign Ministers meeting on 22 February. Taken together, this 20-point containment strategy should hopefully give Russian decision makers a better understanding of the full range of options available to them. They probably won’t implement every proposal, but it’s likely that at least some of them will see the light of day, though it might still take time for their effects to be felt as would be the case with my long-term policy suggestions.