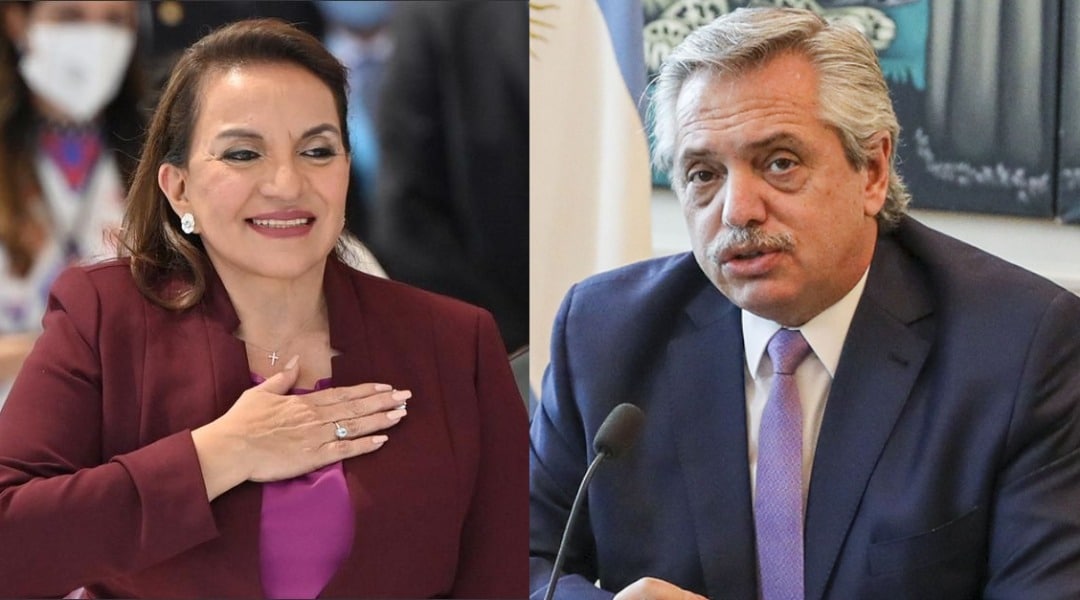 Caracas, May 12, 2022 (OrinocoTribune.com)—The President of Honduras, Xiomara Castro, questioned the viability of the Summit of the Americas due to the US decision to exclude Cuba, Venezuela, and Nicaragua from the meeting scheduled for June 6-10 in Los Angeles, California.

“If all our nations aren’t there, it’s not a Summit of the Americas,” wrote the President of Honduras, Xiomara Castro, on Wednesday, May 11, in a post on her Twitter account, putting in question her participation in the summit.

Deputy Foreign Minister of Honduras, Antonio García, said on Thursday, May 12, that the Summit of the Americas “cannot leave anyone out, because it is a celebration of all countries.” He added that the decision made by President Xiomara Castro, on whether or not to appear at the summit, will be based on what is correct.

RELATED CONTENT: President of Bolivia Refuses to Attend 9th Summit of the Americas if there is Exclusion

This week, before beginning his tour of Spain, Germany, and France, Argentina’s Foreign Affairs Minister Santiago Cafiero also sent a formal note to the United States requesting “a summit without exclusions.”

“We urge the organizers to invite everyone,” Cafiero told the press. “This issue was already raised before the organization of the summit, when working groups were convened. It is assumed that all countries would go to a summit.”

United regional stand
The United States government raised the possibility of not inviting the governments of Venezuela, Cuba, and Nicaragua to the continental meeting, which takes place every three or four years since 1994, and nominally includes the participation of the 35 independent states of the Americas.

The Caribbean Community (CARICOM), and a number of its leaders in particular, such as the Minister of Foreign Affairs of Trinidad and Tobago, Amery Browne, and the Prime Minister of Saint Vincent and the Grenadines, Ralph Gonsalves, condemned the exclusion of Cuba and Venezuela. A few days ago, Ronald Sanders, Antigua and Barbuda’s ambassador to the Organization of American States (OAS) and the US, said that “if the United States insists on not inviting Cuba to this meeting, it will immediately cause 14 CARICOM countries not to attend. That means we don’t have a Summit of the Americas that is meaningful.”

RELATED CONTENT: Brazil President Bolsonaro Does Not Plan to Attend Summit of the Americas

The President of Mexico, Andrés Manuel López Obrador (AMLO), said emphatically at a press conference this week that “if everyone is not invited, a representative of the Mexican government will go, but I wouldn’t go.”

Brazilian President, Jair Bolsonaro, also spoke out. His government, according to news reports, does not currently have communication with his US counterpart, Joe Biden, and for this reason has not taken a decision about going to the summit either.

The Puebla Group, made up of more than 50 former presidents and leaders of the region, also expressed its condemnation of the exclusionary policy promoted by Washington.

United States in damage control
In reaction, White House spokeswoman Jen Psaki said this Tuesday that invitations to the Summit of the Americas have not yet gone out. When asked by a reporter, “can you confirm if Venezuela, Nicaragua, and Cuba are going to be invited to the summit?” the presidential spokesperson replied “I can’t, because we haven’t made a final decision.”

US Undersecretary of State for the Western Hemisphere, Brian Nichols, confirmed last Monday, during an interview for Colombian news outlet NTN24, that Cuba, Nicaragua, and Venezuela will not receive invitations, thereby triggering responses from the majority of countries in the region that is currently experiencing a new leftist wave.