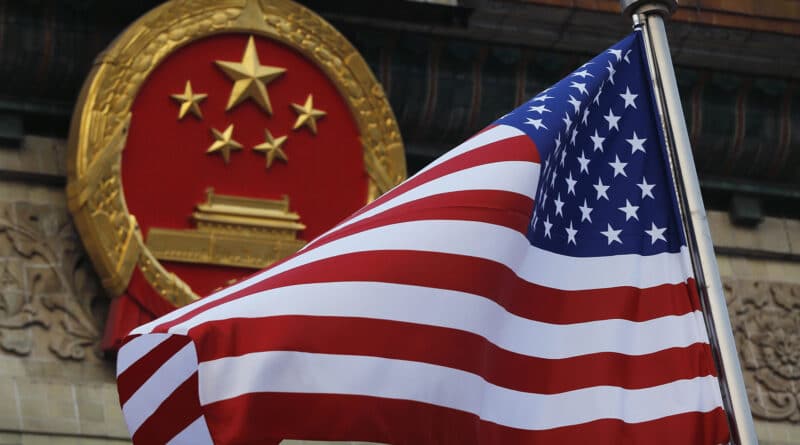 China is dealing a blow to Washington’s sanctions strategy by stretching a helping hand to developing states labelled by the US as “pariahs” which have been subjected to tough restrictions. This shows that the world has reached a point of no return along with the accelerating decline of the US, says Asia Pacific commentator Thomas W. Pauken II.

The value of tough US sanctions against Venezuela’s oil sector will substantially decline if China steps in to fill the void, energy observers say, citing Bloomberg’s September report that China National Petroleum Corp (CNPC), once a major investor in Venezuela, is sending engineers and commercial staff to the South American state.

Venezuelan Oil Sector: China is Stepping In
Venezuela’s oil industry was subjected to crippling restrictions by the Trump administration. Trump started to tighten the screws on the country’s energy sector in 2017 by prohibiting the trading of Venezuelan bonds in US markets. Two years later, the US slapped sanctions on the country’s energy giant Petróleos de Venezuela, S.A. (PDVSA). The move came shortly after the US-backed attempted coup of 23 January 2019 aimed at toppling Venezuelan President Nicholas Maduro. Washington also went after key trading houses and individuals that propped up Venezuela’s oil exports.

Eventually, Venezuela’s crude production slid from 1.013 million barrels per day in 2019 to as low as 337,000 bpd in June 2020. It then rebounded to 537,000 bpd in June 2021 but still lags behind production levels of over 2.5 million bpd under the late former president Hugo Chavez. To prevent the energy sector’s further demise, Maduro announced in March 2021 that he was ready to end the monopoly of state-owned PDVSA and open the oil industry up to foreign investment. The South American country possesses the world’s largest crude reserves, with 304 billion barrels. Still, oil experts suggested at the time that no matter how seductive Maduro’s proposal was, Western energy giants would wait until Joe Biden lifts sanctions on PDVSA, something that the US president is not rushing to do.

Meanwhile, Bloomberg reported on 1 September that CNPC is taking steps to boost oil production in Venezuela. While CNPC and PDVSA haven’t comment on the issue, some energy experts suggest that the Chinese company’s return to Venezuela doesn’t mean “the beginning of a gigantic production stage.” It’s more likely that CNPC would return to a production level of over 100,000 bpd in the South American state and export the crude back to China to help PDVSA repay its debt to Beijing, according to them. However, Oilprice.com believes that the Chinese energy ambitions in Venezuela are bigger, especially given Maduro’s proposal, soaring oil prices and Beijing’s Belt and Road push. The media outlet believes that Beijing could help Caracas revive its crude industry.

“This could not occur at a more crucial juncture for China with the country overtaking the US to become the world’s largest refiner and the largest importer of crude oil,” Oilprice.com notes, adding that Beijing’s growing economy requires “greater access to oil supplies around the globe.”

Iran-China Oil Trade & 25-Year Strategic Partnership
tMeanwhile, the Chinese appear to go even so far as to defy Washington’s sanctions, according to a Reuters 22 July report. The media alleged that China Concord Petroleum Co, a logistics company also known as CCPC, played a central role in the oil trade with Venezuela and Iran – a country which was subjected to a policy of maximum pressure under Donald Trump. As in Venezuela’s case, Team Trump sought nothing short of a regime change in the Islamic Republic.

CCPC was added by Washington to a list of entities under sanctions for violating restrictions on handling and transacting Iranian oil in 2019. This did not prevent the logistics firm from acquiring at least 14 tankers in 2020 and continuing oil trade with Tehran and Caracas, according to Reuters. CCPC hasn’t provided comments on Reuters’ findings while China’s foreign ministry made it clear to the media outlet that Beijing “strongly opposes unilateral sanctions and urges the United States to remove the ‘long-arm jurisdiction’ on companies and individuals.”

While Reuters is raising the issue of new limits to US sanctions policies, the US Treasury has so far declined to comment about the CCPC’s supposed trade with Venezuela and Iran.

In contrast to Donald Trump, Biden is unlikely to punish China, deems Thomas W. Pauken II, a Beijing-based Asia-Pacific Affairs commentator and author of US vs. China: From Trade War to Reciprocal Deal.

“Washington is so desperate to get Beijing to follow the US lead on international environmental policies they might negotiate with China from a position of weakness and not strength,” Pauken suggests.

When it comes to Iran, the Biden administration previously expressed a willingness to resume the 2015 Joint Comprehensive Plan of Action (JCPOA) and lift sanctions under certain conditions. However, in June 2021, the indirect talks between Tehran and Washington were halted ahead of the Iranian presidential election, which saw Iranian “hardliner” Ebrahim Raisi winning the race.

Although Iran’s economy is facing hardships, with a plummeting rial and growing poverty, Tehran remains firm when it comes to its national interests in the nuclear talks. After Raisi assumed office in early August 2021, Tehran said that it would proceed with negotiations only if they are determined to be in Iran’s interests.

According to Pauken, the Islamic Republic’s confidence could be partially explained by the 25-year Comprehensive Strategic Partnership deal concluded by Tehran and Beijing in March 2021. The agreement brings Iran into the Beijing-led Belt and Road Initiative and reportedly secures about $400 billion in Chinese investments for the Iranian economy. China is also interested in maintaining good economic ties with Iran: like Venezuela, the Islamic Republic is sitting on substantial hydrocarbon reserves.

“The China-Iran 25-year agreement was a game-changer,” says the Beijing-based commentator. “Iran holds plenty of oil and gas reserves but on account of the sanctions they were harmed by it. Beijing provided grand opportunities for Tehran and both nations will profit from it.”

The commentator does not rule out that “something similar” might happen soon between Beijing and Caracas. This means that China might play a big role in the development of Iran and Venezuela in the future regardless of what Washington will opt to do.

“We have reached a point of no return along with the accelerating decline of the US,” Thomas Pauken says. “China’s Belt & Road Initiative will play a much larger role in the emerging markets for countries in the Middle East, Africa, and Latin-America. China will support the industrialisation, urbanisation and modernisation drives of many developing countries.”

China’s Pragmatic Approach to Afghanistan
This is not the only front where China’s realpolitik comes in contradiction to the US geopolitical game: Beijing has also expressed its willingness to lend a helping hand to Afghanistan following the US-NATO withdrawal from the country.

While Washington and EU member states are weighing pros and cons of recognising Afghanistan’s new Taliban* government, Beijing announced on 8 September that it would offer $31 million in emergency aid to the Central Asian state. The aid will include grain, winter supplies, medicines as well as three million COVID-19 vaccine doses.

For its part, the Taliban pledged to ensure safety for the Chinese embassy and institutions in Afghanistan and expressed a willingness to participate in China’s BRI. Moreover, Afghanistan could offer new business opportunities to Beijing, given the Central Asian state’s $1 trillion to $3 trillion worth of mineral wealth, which includes lithium, a crucial element for China’s electric battery industry.

It does not mean, however, that Beijing will embrace the Taliban no matter what, says Pauken. Quite the contrary: China will monitor the situation carefully, according to him.

“China will assist the Taliban with the rebuilding of Afghanistan, but there are trust issues,” the Beijing-based author notes. “The Taliban is a terrorist organisation with a very violent and criminal history. It is difficult to trust people from such backgrounds. Accordingly, the Taliban will have to prove to Beijing they can be trustworthy. This will take time but if the Taliban proves to be a force for peace and prosperity in Afghanistan.”

The commentator believes “this is the right approach for realpolitik and a model for other nations to follow.” In fact China’s realpolitik approach towards Venezuela, Iran, Afghanistan and other nations sets a new precedent ending the hegemony of the Western-led unipolar model, according to the author. 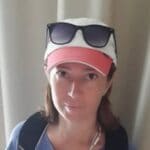