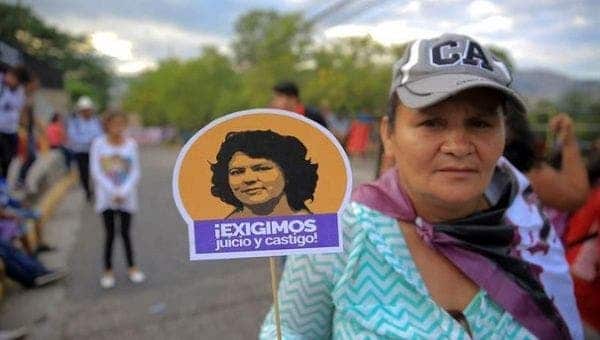 On August 3 judges will announce the prison sentence for the former executive of the Desarrollos Energeticos (DESA) company.

Given that Castillo was convicted as an “intellectual co-author” of the murder of the Lenca Indigenous leader, he could spend between 20 and 25 years in prison.

On March 2, 2016, Cáceres was murdered in La Esperanza City in the Intibucá department. Her assassination occurred even after the Inter-American Commission on Human Rights (IACHR) ordered her to be granted protective measures due to the constant death threats she was receiving.

#OtD 2 Mar 2016 Honduran Indigenous environmental activist of Lenca descent Berta Cáceres was assassinated in her home. She had been protesting against energy company DESA which is suspected of being responsible for the killing. Learn more in this book: https://t.co/VlWgFGQAcR pic.twitter.com/D8oXK8ittQ

The Sentencing Court determined that the former DESA manager, Castillo, had communicated with Douglas Bustillo, who was one of the seven co-perpetrators convicted of the crime in December 2019.

“Castillo was involved in the organization and logistics of the murder of Berta Cáceres,” said the judicial spokesperson Lucia Villars.

Roberto Castillo attended the West Point Military Academy in West Point, New York, USA. Following his graduation in 2004, he served in the Intelligence and Counter-Intelligence Department of the Honduran Armed Forces. When Castillo began working for the Honduran National Electric Energy Company while still on active duty with the Honduran Armed Forces, in 2008, he was investigated for corruption for conflict of interest, as he was receiving salaries from two distinct federal entities at once. In 2011 Castillo became executive president of DESA.

During her struggle as a member of the Council of Popular and Indigenous Organizations of Honduras (COPINH), Cáceres defended the Lenca communities and territories located on the Gualcarque River, where DESA intended to build the Agua Zarca hydroelectric dam.

In December 2019, a court sentenced four out of eight defendants to 34 years in prison for the murder of Cáceres. Three co-perpetrators of the crime were also sentenced to 30 years in prison.