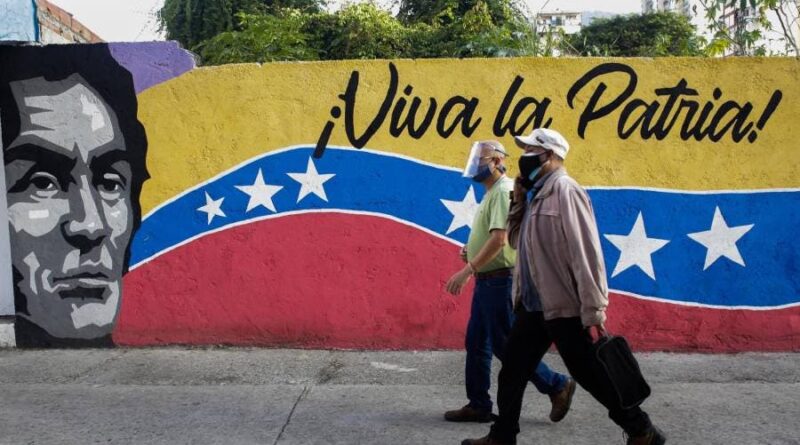 Caracas, November 24, 2021 (Special for OrinocoTribune.com)—The United Socialist Party of Venezuela (PSUV) and its electoral alliance the Great Patriotic Pole (GPP) may have won only six to eight states in last Sunday’s 21N regional elections if the opposition parties had presented a single candidate for governor in each of Venezuela’s 23 states and the Capital District of Caracas.

This conclusion was reached by a statistical analysis carried out by Orinoco Tribune, using the data provided by Venezuela’s National Electoral Council (CNE) on its website, as of November 22 at 9:50 p.m.. This purely hypothetical scenario would be almost impossible to replicate materially, but the exercise helps to highlight some issues concerning Chavismo and the PSUV leadership.

The CNE website does not yet provide final conclusive statistical information, so our team had to go state by state and mine the data from each particular state to build a table. The data revealed, firstly, a sharp decrease in the number of total Chavista votes, accompanied by a less drastic decrease recorded by anti-Chavista forces, over the course of the last last eight years. Secondly, we found that Chavismo may have won only six states if the opposition had presented a single candidate in each state.

It is important to highlight that large sectors of the opposition in Venezuela, following Washington’s directions, boycotted the electoral events in 2018 and 2020, and only a minority of opposition parties participated in those elections.

Another important fact that must be taken into account is that to calculate the number of opposition votes in the 21N regional and municipal elections, the Orinoco Tribune team aggregated within the MUD/”opposition” category all political parties other than the PSUV/GPP, including the Venezuelan Communist Party (PCV) and other less relevant left or liberal parties.

In the table above, one can see how the Chavista vote peaked in 2017 with almost six million votes. Since 2018, when the economic crisis and the results of the US and European blockade began to be strongly felt, its support decreased, in terms of the number of Chavista votes, to about four million votes.

To be more specific, in 2017 the Chavista vote was 5.8 million, in 2018 it was 4.3 million, in 2020, 4.3 million, and in 2021 it totaled 4.03 million. This decrease may be associated with economic distress and US/EU sanctions—but also to lack of connection of the PSUV with it bases, corruption, lack of correlation between the speech and the actions of some PSUV leaders.

These numbers should be taken into account by Venezuelan authorities as they assess the results of the elections above and beyond the details of any particular office. A short-sighted assessment might ignore the deeper tendencies among the PSUV constituency and adversely affect the course taken by decision makers in future electoral contests.

Orinoco Tribune’s second finding points at the fragility of the victory of the PSUV, in terms of governorships. In this exercise, we again defined “opposition” as all votes—including those for the PCV—other than those for the PSUV/GPP alliance.

The table below illustrates the results mined from the CNE website. It must be clarified that for the case of Barinas state—which has not yet been conceded because the results are very tight—we used the totals for the PSUV/GPP and the opposition presented by CNE’s president, Pedro Calzadilla, last Sunday at midnight. Data from other political parties could not be added because the data for this state is currently not available on the CNE website—something that is unusual for political results presented by the CNE.

With the data above we built the graphic below, where one can see each states’ votes represented by blue (opposition) and red (PSUV) bars. The states in which the blue bar is larger than the red bar are states where the opposition either won, or may have won in the hypothetical scenario where the “opposition” presented only one united candidate. These states include Amazonas, Anzoategui, Apure, Boolivar, Cojedes, Falcon, Guarico, La Guaira, Lara, Merida, Miranda, Monagas, Nueva Esparta, Portuguesa, Sucre, Tachira, Yaracuy, and Zulia, or 18 states in total. Of course, in reality only three of these states elected an opposition governor.

Thus, three states have already been conceded to the opposition, excluding Barinas that is still being disputed, but 13 more states could have been in their hands if they could have united forces and presented a single candidate in each state.

Analyzing the same data from the perspective of Chavismo (PSUV/GPP) vote, we could present the information in a more dramatic way. Chavismo won 20 states (including Barinas with the partial information available), but only in six states did it win by surpassing the opposition’s total votes.

Thus, the states Chavismo would have won despite a united opposition front were Caracas (Capital District), Aragua, Barinas (still being being disputed), Carabobo, Delta Amacuro, and La Guaira. An optimist might add Sucre, with an index of 0.9, and Miranda, with 0.94, to this list. Therefore, in a best-case scenario, Chavismo would have won eight states had they faced off against a united candidate—about a third of Venezuela’s governorships.

This data, in addition to providing an important wake-up call for the PSUV hierarchy, also provides additional evidence of the democratic and transparent nature of the Venezuelan electoral system and of Venezuelan democracy.

The US and European Union’s oft-repeated narrative of Maduro’s “authoritarian regime” preventing Venezuelans from voting goes down the toilet if one analyzes the numbers in such a fashion. How could it be that in Venezuela the “opposition” votes surpassed the Chavista votes in almost 75% of states, if the “dictator Maduro” was not allowing Venezuelans to vote for the opposition?

The numbers speak, but it is also important to recognize that imagining a united Venezuelan opposition is like imagining the United States without racism. It is almost impossible to conceive of such a scenario in the case of Venezuela, at least under present circumstances.

Additionally, it is important to highlight that electoral behavior changes depending on the threats that each election represents. What we are trying to say is that in an scenario of opposition unity it is absolutely legitimate to think that more Chavistas would have gone to the polls to defend the revolution.

Another important element to take into account is the clear correlation between the decrease of Chavista and opposition votes and the blockade impose by Washington and the EU, an economic assault that has affected the day to day lives of millions of Venezuelans, in many cases forcing them into survival mode. In these cases, simply putting food on the table becomes a daily challenge, while going out to vote becomes an unaffordable luxury.

This analysis is far from complete, and is limited by the aforementioned generalizations. In addition, we did not include the results by candidates who obtained less than one thousand votes. There are not many of those cases, but it may have had a marginal effect on the results of anti-Chavista votes by state.

We only hope that Venezuelan authorities take into consideration this line of analysis to appreciate the nature of the current PSUV victory, in order to secure further victories and keep the Bolivarian Revolution and Chavismo directing the destiny of Venezuela, and allow the nation to continue progressing as a beacon of resistance for Latin America and the world.

Featured image: Two elderly Venezuelans wearing face masks walk in front of a mural with the face of Simón Bolívar, the Venezuelan flag, and with a “long live the homeland” mural. Photo by EFE.