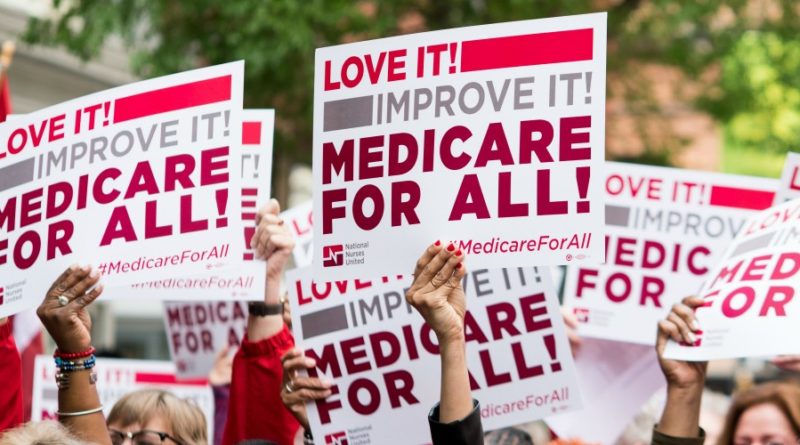 “Medicare for All is winning,” said Alyssa Kang, community organizer with the California Nurses Association.

While Democratic voters showed on Super Tuesday that they are far from united on which presidential candidate should be at the top of the ticket come November, majorities in every state with exit polling data available agreed on at least one deeply consequential policy aspiration: replacing private health insurance with a government-run plan that covers everyone.

“Important Super Tuesday takeaway that is flying under the radar—every state with exit poll results shows majority support for replacing private insurance, it’s winning by huge margins in a few.”

RELATED CONTENT: The Important Word in ‘Democratic Socialism’ is ‘Democratic’

Results from every other Super Tuesday state—with the exception of Utah and Arkansas, where Edison did not conduct exit polls—followed the early trend, delivering the clearest indication of the 2020 election season that scrapping America’s wasteful and deadly private insurance system is not as “radical” or unpalatable a proposal as some politicians and pundits like to claim.

Democratic voters in Vermont, the home state of presidential hopeful and Medicare for All champion Sen. Bernie Sanders, supported eliminating private insurance by the widest margin.

The exit polls from Super Tuesday states come after the first four voting states of the Democratic presidential primary delivered a clean sweep in favor of Medicare for All, a policy proposal long backed by Sanders and opposed by former Vice President Joe Biden, the favored candidate of the Democratic establishment.

“Important Super Tuesday takeaway that is flying under the radar—every state with exit poll results shows majority support for replacing private insurance, it’s winning by huge margins in a few,” tweeted Democratic consultant Andrew Feldman. “Is it time to ask ourselves if Medicare for All is actually a winning position?”

“It was time like two years ago,” responded “Secular Talk” host Kyle Kulinski.

Featured image: Members of National Nurses United wave “Medicare for All” signs during a rally in front of the Pharmaceutical Research and Manufacturers of America in Washington on Monday April 29, 2019. (Photo: Bill Clark/CQ Roll Call)