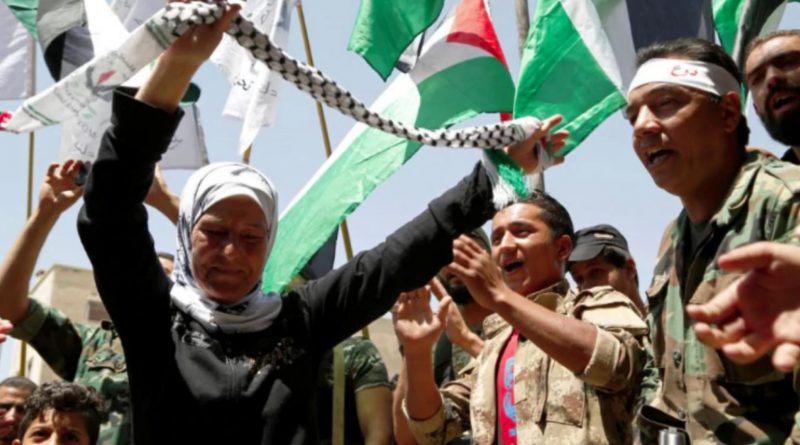 Sticking to its historic stance towards the Palestinian cause, India was among 166 nations that endorsed Palestinian “right to self determination”.

The resolution was sponsored by North Korea, Egypt, Nicaragua, Zimbabwe and Palestine and voting took place on November 19, 2019.

The vote came a day after the announcement of the policy change by the US on Israeli settlements in “Occupied Palestinian territory”.

On Monday, US Secretary of State Mike Pompeo said, “Calling the establishment of civilian settlements inconsistent with international law hasn’t worked. It hasn’t advanced the cause of peace.”

Pompeo’s statement, however, met with criticism.

While reacting to the policy reversal announced by the US, UN spokesperson Stephane Dujarric, during a press conference on Tuesday in New York, said: “The longstanding position of the UN regarding Israeli settlements in Occupied Palestinian Territory – that they are in breach of international law – is unchanged.”

The resolution recognised the Palestinian people’s right to “self-determination” and stressed the end to the “Israeli occupation that began in 1967 and a just, lasting and comprehensive peace settlement between the Palestinian and Israeli sides, based on the relevant resolutions of the United Nations, the Madrid terms of reference, including the principle of land for peace, the Arab Peace Initiative and the Quartet road map to a permanent two-State solution to the Israeli-Palestinian conflict.”

The resolution also urges “all states and the specialised agencies and organisations of the UN system to continue to support and assist the Palestinian people in the early realisation of their right to self-determination.”

According to the Ministry of External Affairs (MEA) website, India’s support for the Palestinian cause is an integral part of the nation’s foreign policy.

In 1974, India became the first non-Arab country to recognise Palestine Liberation Organisation (PLO) as the sole and legitimate representative of the Palestinian people.

In 1988, India became one of the first countries to recognise the Palestinian State. While, in 1996, India opened its representative office in Gaza, which was later shifted to Ramallah in 2003.

India has even played an active role in extending support for the Palestinian cause across multilateral fora.

The country also co-sponsored the draft resolution on “the right of Palestinians to self-determination” during the 53rd session of the United Nations General Assembly (UNGA) and voted in favour of it.

It also voted in favour of UNGA Resolution in October 2003 against construction of the separation wall by Israel.

In 2011, India voted for Palestine becoming a full member of the UNESCO.

Moreover, India co-sponsored and voted in favour of the UNGA Resolution on November 29, 2012 that enabled Palestine to become a ‘non-member Observer state’ at the UN without voting rights.

At the Asian African Commemorative Conference in April 2015, India supported the Bandung Declaration on Palestine. It also backed the installation of the Palestinian flag at UN’s premises in September 2015.

Featured image: The resolution recognised the Palestinian people’s right to “self-determination” and stressed the end to the “Israeli occupation that began in 1967. (Image for representation: Reuters)