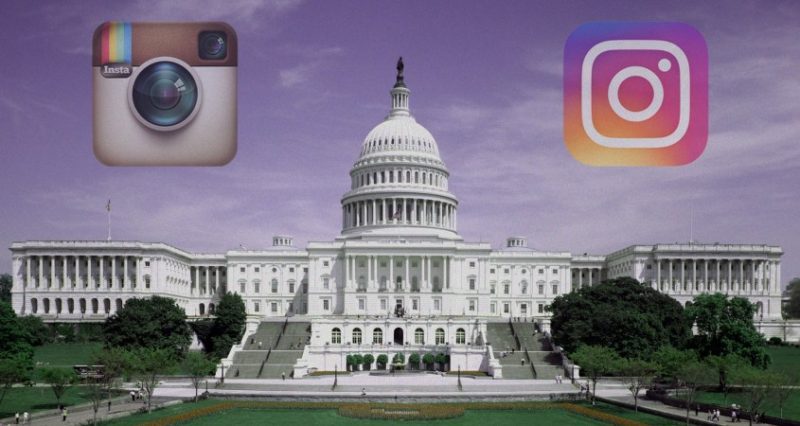 A curious decision by Instagram, which is owned by social media giant Facebook, has called into question its independence from the US government. The company has banned several top Iranian officials, including Supreme Leader Ayatollah Khamenei, from its photo-sharing platform.

This disappearance of foreign government officials by American tech corporations is the latest episode in a global information war.

On April 15, the administration of President Donald Trump designated Iran’s military wing the Islamic Revolutionary Guard Corps (IRGC) as a “terrorist” organization. Less than a day later, Instagram suspended the accounts of several Iranian officials, from military commanders to politicians with no ties to the IRGC.

Instagram additionally banned Iranian officials with no connection to the IRGC, including Mohammad Bagher Ghalibaf, the former mayor of capital Tehran, who has not worked for the IRGC for nearly two decades. It even removed the page of Ezzatollah Zarghami, a former government minister and ex-director of Iran’s state media broadcaster; and the chief of Iran’s police, Kamal Hadianfar.

The news site Al-Monitor reported, “Accusations that Instagram is practicing double standards and advancing a political agenda gained further momentum when the ban targeted non-IRGC figures, among them Chief Justice Ebrahim Raisi, a conservative cleric who lost the 2017 presidential race to Hassan Rouhani.”

IRGC Instagram accounts were popular among Iranians, particularly during the recent floods that saw several cities plunged into crisis. Al-Monitor noted, “Many Instagram users have praised the IRGC’s ongoing involvement in flood relief across Iran.”

Instagram: “We work with the appropriate government authorities”
This wave of censorship bolsters journalist Yasha Levine‘s argument that US tech corporations act as “privatized instruments of American geopolitical power.”

Iran’s minister of information and communications technology, Mohammad-Javad Azari Jahromi, condemned the Instagram censorship, tweeting, “When you tear out a man’s tongue, you aren’t proving him a liar, you’re only telling the world that you FEAR what he might say.”

An Instagram spokesperson told the US government-funded Voice of America (VOA) that the bans were done to abide by “the constraints of U.S. sanctions laws.” The spokesperson added, “We work with the appropriate government authorities to ensure we meet our legal obligations, including those relating to the recent designation of the IRGC.” Instagram did not however explain why it also suspended the accounts of Iranian officials who do not work with the IRGC. This is not the first time American social media corporations have banned Iranians. In August, The Grayzone reported on Twitter’s suspension of an Iranian student journalist, Sayed Mousavi, who did not work for the government, and was censored as part of a larger coordinated crackdown by Twitter, Google (which owns YouTube), and Facebook (which owns Instagram). “What worries me is that, I was just a student doing my bit of what I can do to journalism to counter just a little bit of the huge amount of disinformation being put about my country,” Mousavi told The Grayzone at the time. He added, “It’s really a burden upon us, different anti-Zionist, different anti-imperialist groups, to make our voices heard. We need to diversify our platforms.” Israel, Saudi media, MEK, US neocons gloat after Instagram suspensions The Israeli government gloated after Instagram’s ban of the top Iranian officials. On its official Persian-language account, Israel cited a proverb that roughly translates to, “You reap what you sow,” adding #TerroristGuardCorps.

Numerous anti-Iran media outlets, including Saudi state propaganda and pro-Israel websites, also happily reported on the temporary suspension of the English-language Instagram account of Iran’s Ayatollah Khamenei on April 16. (Khamenei’s profile was restored after the short ban. The accounts of the IRGC commanders and other politicians remain suspended.)

Is it intentional or a coincidence that #Instagram decided to suspend Ayatollah Khamenei and Qasem Soleimani’s accounts one day after the U.S. designated the IRGC a #terrorist organization?https://t.co/XcRjTreC7G

VOA, the US government outlet, boasted in a report, “With 800,000 followers, the Instagram page of the commander of Iran’s elite Quds Force was among the most popular pages of Iranian officials on the photo-sharing website.” The American front group for the People’s Mujahedin of Iran (MEK), a US-backed violent cult that has spent decades trying to overthrow the Iranian government, also praised Instagram’s censorship.

#Instagram Takes Down #Iran Regime’s Leader and #IRGC Accounts After US Terror Designation
Social media site Instagram blocked the IRGC commanders and Supreme Leader Ali Khamenei on Tuesday in order to comply with US sanctions on Iran.https://t.co/5gQbZBUqlM
#BlackListIRGC pic.twitter.com/0A5fRBsR7x

For years, the MEK was listed as a US-designated terrorist organization, until the State Department of Secretary Hillary Clinton formally removed the label in 2012.

Instagram deleted the account of Ali Akbar Velayati, adviser to the leader of the Islamic Republic. The Persian account of the leader Ali Khamenei, and the accounts of many #IRGC commanders and the chief of the judiciary.#Instagram https://t.co/J9o4mCn1Kk pic.twitter.com/pSV5hfOf5S

The neoconservative anti-Iran lobby group United Against Nuclear Iran (UANI) was delighted to see the suspensions as well.

.@JZarif is a close collaborator of Qassem Soleimani, designated as a terrorist by the US. Shouldn’t @JZarif’s @Twitter account be suspended @jack? @instagram banned Soleimani & other Guards. @JZarif should be treated the same. pic.twitter.com/UnH0bR3Bcx