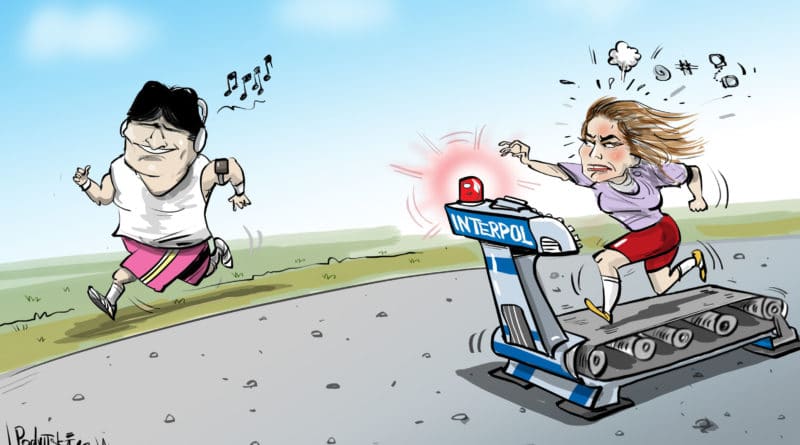 Bolivia’s Vice Minister of Justice, Hubert Vargas, announced that he requested a report from the Office of the Attorney General to find out what happened with the activation of the Interpol red code and how the investigation on Evo Morales advances.

For its part, the Prosecutor General’s Office stated that it would request a detailed report from Interpol on the decision of the international organization and promised to submit a request to activate the arrest warrant against Morales again.

In early January, the Interior Minister of the de facto Government of Bolivia, Arturo Murillo, had announced that Interpol activated the order.

Previously, the Bolivian Prosecutor’s Office had issued an arrest warrant against Morales on charges of sedition, terrorism and terrorist financing. Morales said he did not fear the arrest warrant and described it as illegal and unconstitutional.

After the Bolivian opposition, led by Carlos Mesa, announced massive irregularities in the October 20 elections without presenting a single proof, President Morales was forced to resign from his post and left the country under military pressure. Power was transferred, not following the rule of law, to the vice president of the Senate, Jeanine Anez, who belongs to the opposition.

A newly appointed Supreme Electoral Tribunal (TSE) of Bolivia set the new general elections for May 3 in the country. Morales was not allowed to run as a candidate for president.