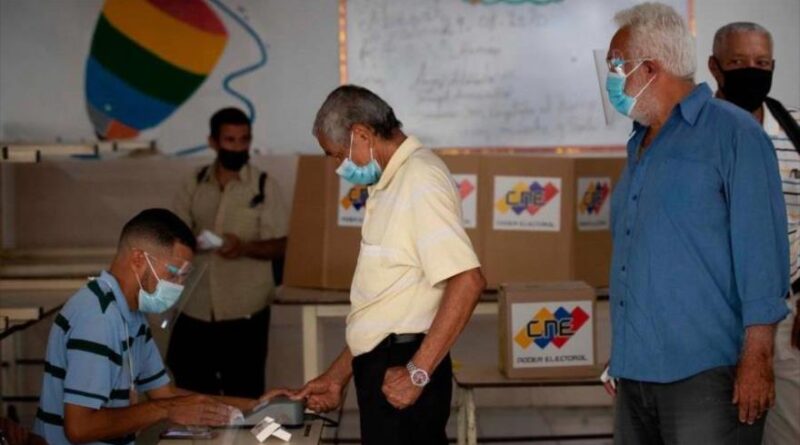 Iran has congratulated the government and the people of Venezuela for their “successful and transparent” regional and municipal elections, held on November 21.

On Tuesday, November 23, the spokesperson for the Iranian Ministry of Foreign Affairs, Said Jatibzade, described Venezuela’s election as a “beautiful demonstration” of democracy and unity between the people and the government, in their bid to build a better future.

Spokesperson Jatibzade declared that “the Islamic Republic of Iran expresses its support and solidarity with Venezuela.” The statement was issued after Iran congratulated the “brotherly and friendly” nation and government of Venezuela for organizing an important election which was a total success.

Some 8,115,793 Venezuelans went to the polls on Sunday, November 21, to exercise their right to vote—that is, 41.8% of the country’s population, and almost two million more voters than the 2020 parliamentary elections. This has been considered by electoral observers as an extraordinary polling rate, from an international point of view.

70,244 candidates participated in these mega-elections, contesting a total of 3,082 government posts, including 23 governorships, 335 mayoralties, 253 legislator seats in the legislative councils, and 2,471 counsellorships.

The ruling United Socialist Party of Venezuela (PSUV) won 20 out of a total of 23 governorships, while the opposition won only three states.

It was the first time since 2017 that the Venezuelan opposition, after a period of abstentionism and calls for boycott, attended the country’s elections, as part of the negotiations with President Nicolás Maduro’s government.

Sunday’s elections in Venezuela were attended and observed by more than 300 international representatives, including electoral observation missions from the European Union, the US Carter Center, and the Latin American Council of Electoral Experts (CEELA), among others. The EU had not overlooked an election in Venezuela for the last 15 years.