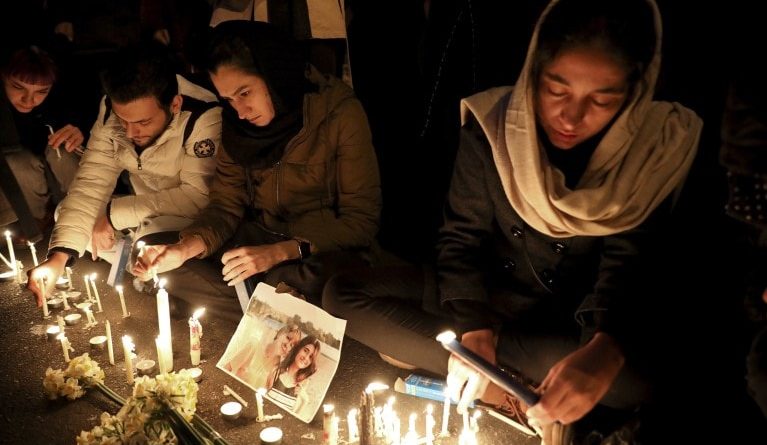 Iranian President Hasan Rohani promised his Ukrainian counterpart “punishment for the guilty” of the destruction of the Boeing plane of the Ukrainian national airline by an Iranian missile, the Ukrainian presidency announced on Saturday.

Rohani “assured that all parties involved in the air catastrophe will be brought to justice,” during a telephone interview with the Ukrainian head of state, Vladimir Zelenski, according to the press services of the Presidency.

After the USS Vincennes shot down Iran Air Flight 655 in 1988 and killed 290 people, the crew received medals and the captain was even awarded the Legion of Merit “for his exceptionally meritorious conduct in the performance of an outstanding service as a commanding officer.”

Iran “fully recognizes that the tragedy occurred because of the military’s wrongdoing,” the statement added.

Zelenski asked Tehran to allow the repatriation of the bodies of the 11 Ukrainian victims “by January 19,” said the press release.

In addition, it reported that the Ukrainian government has sent a statement that lists measures that must be taken to “solve the issue of compensation.”

Featured image: People gather for a candlelight vigil to remember the victims of the Ukraine plane crash, at the gate of Amri Kabir University that some of the victims of the crash were former students of, in Tehran, Iran, Saturday, Jan. 11, 2020. Iran on Saturday, Jan. 11, acknowledged that its armed forces “unintentionally” shot down the Ukrainian jetliner that crashed earlier this week, killing all 176 aboard, after the government had repeatedly denied Western accusations that it was responsible. (Ebrahim Noroozi/Associated Press)