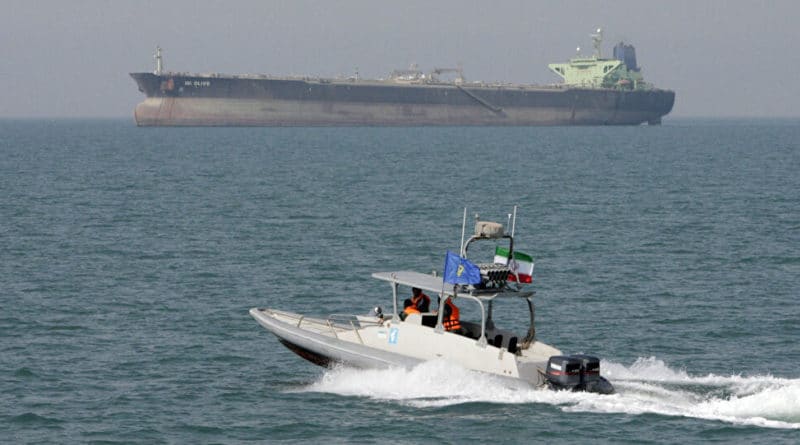 Any act by the “pirates” of the United States against the Iranian ships that carry fuel to Venezuela will have repercussions, Reuters quoted the Iranian agency Nour, close to the Persian Revolutionary Guard.

“If the United States, like pirates, intends to create insecurity on international shipping routes, it would be taking a dangerous risk and that will certainly not be without repercussions,” the Nour news agency published on May 16, according to Reuters.

On May 14, the Venezuelan Foreign Minister, Jorge Arreaza, had stated that the ships that bring gasoline to the country and transport oil are being chased by the United States government.

“Sanctions against Iran, Venezuela and many other countries are not taken within the United Nations framework and in that sense are illegal, but in parallel they rely on the preminence of the dollar and the US financial system as a tool for international payments, but when you have too many countries sanctioned, the result is that those countries will find ways to trade and that trade is absolutely legal and legitimate,” said a diplomatic source to the Orinoco Tribune.

Arreaza’s comment came after the Reuters agency published, on the basis of statements by a senior official of the United States government, that the country was considering retaliating against Iran for sending fuel to Venezuela. And main stream media working as a Pentagon mouth piece have been “warning” of the de facto blockade setup by the US regime with several US Navy warships sailing close to Venezuelan waters.

Three weeks ago, it became known, according to the Bloomberg agency, that the Venezuelan government was considering buying gasoline from Iran through intermediaries.

“The response from Iran is another proof of the Persian resolve and strength because any possible interception of international trade routes is forbidden by the law and might be considered as an act of war. No US sanctions have the capacity of change that. We believe that Venezuela and Iran should be at this point having negotiations with allies like China and Russia to pull up all the military strength to disuade any illegal and adventurist moves from the declining US regime,” the diplomatic source added.

Venezuela’s President Nicolás Maduro had previously requested Iran’s support to reactivate its gasoline treatment plants, and according to Bloomberg, the Persian nation sent necessary components to produce this fuel.

The unilateral and illegal sanctions of the United States prevent any company from that country or that operates in its financial system from selling gasoline to Venezuela or even the necessary components for its preparation.

The same illegal US sanctions have caused a severe shortage of gasoline in Venezuela, and even ambulances and police patrols must wait in long lines of up to three and four days to stock up.

The Venezuelan government declared that its country has every right to interact with Iran to face the effects generated by the United States sanctions.