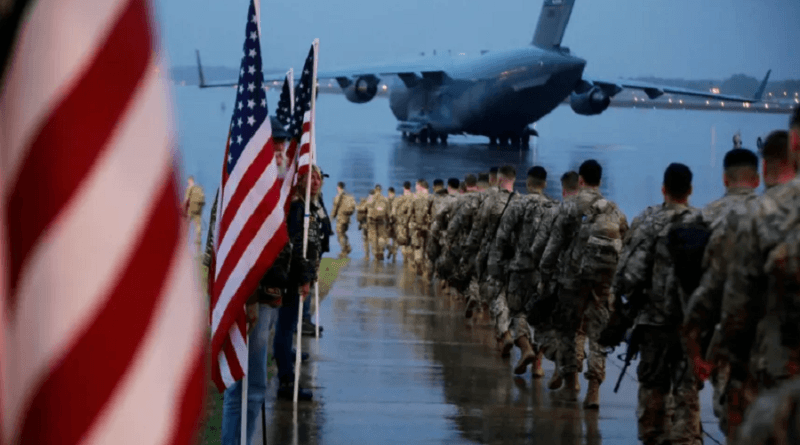 Amid confusion over a reported US letter to Iraq announcing the steps its military would take to move out of Iraq, Prime Minister Adel Abdul Mahdi confirms that Baghdad has actually received “signed and translated” copies from the US Army concerning the withdrawal.

In a televised cabinet meeting on Tuesday, Abdul Mahdi clearly refuted all US claims that the letter had been sent by mistake or it had been inauthentic.

On Sunday, the Iraqi Parliament voted unanimously in favor of a bill demanding the withdrawal of all foreign military forces led by the United States from the country.

Earlier, various news agencies reported that Brigadier General William Seely, who oversees US Task Force Iraq, had sent a letter to the head of Iraq’s Joint Operations Command on Monday, suggesting potential withdrawal of the forces belonging to a US-led coalition, which has been operating in Iraq since 2014 under the pretext of fighting Daesh.

US Defense Secretary Mark Esper later denied that the US military had announced preparation for “movement out of Iraq,” and the Pentagon claimed that an unsigned draft version of the letter had been sent by mistake.

Abdel Mahdi, however, said he had received signed and translated copies at 8:00 p.m. local time (1700 GMT) on Monday.

The letter discussed “redeploying with an aim to withdraw from the country. The expressions were very clear,” he said. “It was an official letter written in such a manner,” the premier told ministers.

“It’s not a piece of paper that fell off the printer or reached us by coincidence,” he added. The letters only contained a translation mistake that the US military corrected and provided Baghdad with new versions, Abdul Mahdi noted.

The AFP said it had received a copy of the letter late Monday and verified its authenticity with both US and Iraqi officials, the agency added.

In it, Seely informed his Iraqi counterparts that American troops were preparing to leave Iraq. Seely wrote the US-led coalition would “be re-positioning forces in the coming days and weeks to prepare for onward movement.”

“In order to conduct this task, Coalition Forces are required to take certain measures to ensure that the movement out of Iraq is conducted in a safe and efficient manner,” said the letter.

It said helicopters would be travelling in and around Baghdad’s heavily-fortified Green Zone, where the US Embassy is located as part of the preparations.

The AFP, meanwhile, said its reporters could hear helicopters flying low over Baghdad throughout the night on Monday as well as Tuesday.

Featured image: US Army paratroopers prepare to board an aircraft bound for the US Central Command area of operations from Fort Bragg, North Carolina, on January 4, 2020. — Reuters