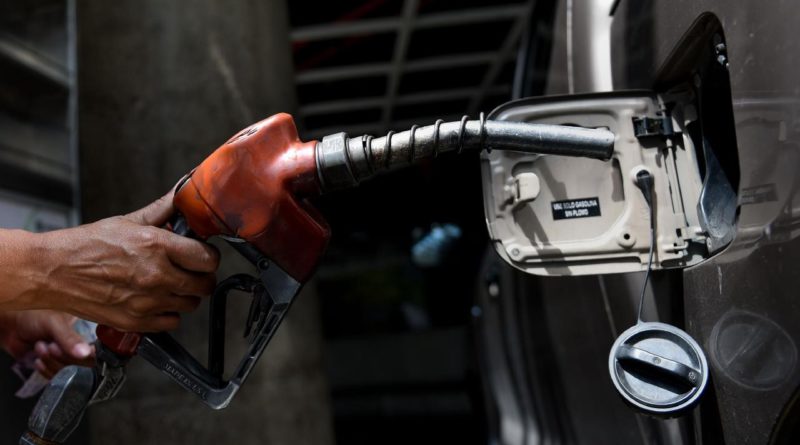 Undoubtedly, the shipment of five Iranian tankers loaded with gasoline and chemical additives to the Venezuelan refineries represents the most relevant event so far this year in the South American country.

The staggered path and arrival of these five ships has a remarkable geopolitical implication: cooperation between the Islamic Republic of Iran and Venezuela on oil has challenged the US embargo and has placed the Trump Administration in a difficult position to defend in public opinion his “maximum pressure” campaign which includes the use of aggressive economic sanctions with the purpose of stifling the social life of the Venezuelan and Iranian populations.

Tension was the common attribute of this week, and as ships neared the Caribbean Sea, speculation grew as to whether the United States would directly retaliate against the ships, as a US official had already told Reuters on condition of anonymity.

However, until the last ship arrives and unloads its contents in Venezuelan territory, it cannot be safely stated that Washington will not take any action, taking advantage of the Air Command deployment in the Caribbean Sea of the Southern Command ordered by Trump in the framework of an alleged anti-narcotics operation in early April.

From different main stream media outlets, information began to emerge that indicated that actions could be taken to interfere with the destination of the tankers, given that both countries are subject to illegal sanctions that have tried to hinder the marketing of their oil products.

At the United Nations, Iran and Venezuela warned of this possibility and the implications it would have. The Venezuelan Navy and Aviation announced that they would escort the ships to guarantee their safe access to the country’s territorial waters.

The vessel the Fortune, the first of five tankers that have traveled more than 12,000 kilometers, has already entered Venezuela and is heading to the El Palito refinery, located in the central region of Venezuela. The rest of the flotilla sent from the Persian country is expected to enter the country in the next few hours and days.

The issue of Iranian ships positioned itself at the center of the political and media agenda, drawing reactions of all kinds.

As is already a custom, the extremist wing of anti-Chavismo represented by the deputy Juan Guaidó questioned the shipment of gasoline and stressed its blind support for the campaign of “maximum pressure” in Washington that has caused the gasoline shortage in the country, affecting the transportation of food, medicine and Covid-19 patients.

Juan Guaidó issued a statement to align his story and warm up his fans. With the usual juggling, the statement demonized Iran (linking it without evidence to “international terrorism”) and underestimated the damaging power of illegal sanctions against the Persian country.

A nice video footage of the Iranian tanker Fortune being escorted by 2 Venezuelan F-16 and 2 Sukhoi mk30 https://t.co/OCOjyYoPTa

In Guaidó’s logic, the shipment of gasoline from Iran “demonstrated” that the sanctions do not have a negative impact on the oil activities of both countries. This was a new attempt to blame the current management of fuel shortages on the Venezuelan government.

The text suggests that Iran has plenty of gasoline and that Washington sanctions have not affected its oil production and refining activities.

However, this narrative driven by Guaidó does not survive a fact check. He lies, again, with the purpose of laundering the negative effects that the escalation of the sanctions have brought, under his imaginary presidency.

Iran has been the victim of sanctions since 1979, with some periods of relaxation and tightening as the Western geopolitical agenda has advanced to destroy the regional leadership of the Persian nation.

In 2009, with Venezuelan cooperation in oil matters promoted by President Hugo Chávez, Venezuela agreed to the daily shipment of 20 thousand barrels of gasoline, due to the weakened refining capacity of the Islamic Republic.

This would be a conjunctural support as Iran searched for alternatives to increase its fuel production capacity due to sanctions against the Mahmud Ahmadinejad government.

At the time, Iran imported 40% of the gasoline it consumed.

From that year to the present the situation has not changed so much. The sanctions tightened during the Trump Administration have hurt the Iranian oil industry substantially.

10 days ago, a report by the consultants at Oil Price, indicated that “Due to the sanctions, at least a quarter of the oil platforms, or 40 out of 160, in Iran are now out of service, either inactive or under repair, according to Reuters, citing financial documents and industry sources.”

“The US sanctions on Iran’s oil sector are impacting the Islamic Republic’s ability to potentially increase production in the long term,” concludes Oil Price.

Washington’s measures have caused Iran’s oil production to drop 12% so far this year, while the country’s authorities expect this figure to drop much more by the end of the year. This would be the most aggressive drop since the war with Iraq in the 1980s.

As oil production has fallen, so has gasoline refining. At the end of last year, Iran set a 60-liter limit on gasoline consumption for each vehicle, with the aim of rationing the fuel. The year 2019 was marked by the lines for gasoline in the Persian country, a fact that evidence the negative effects of US sanctions.

A European media outlet reported at the end of last year that the country “has enormous energy reserves, but is struggling to meet its national fuel needs due to a lack of refining capacity. International sanctions add to the problem by limiting the supply of spare parts to repair and improve facilities.”

The government was also forced to increase the price of gasoline as a measure to relax domestic consumption and keep up production in its refining sector affected by the sanctions.

In this sense, Iran does not have plenty of gasoline to send to Venezuela and its fuel exports to neighboring countries (Iraq and Afghanistan) can be counted on one hand. The ships sent to Venezuela represent a titanic effort for the Persian nation.

US sanctions have affected Iran’s refineries and oil production, as has happened in Venezuela in recent years.

Guaidó’s attempt to launder Washington’s sanctions is based on a lie. Again.