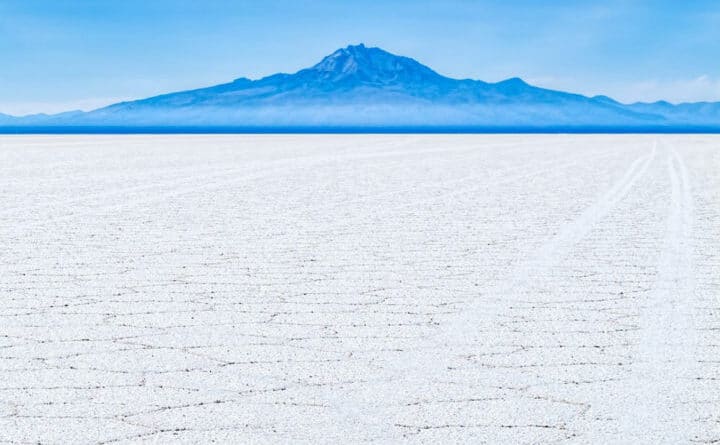 Berlin is again seeking access to the world’s largest lithium deposits located in Bolivia – after having supported the putschists.

Following the presidential elections in Bolivia, the German government and business circles hope to have direct access to what are presumably  the world’s largest lithium reserves. Already at the end of 2018, the German company, ACI Systems had concluded a joint venture with the state-owned  Bolivian YLB to extract lithium in the Salar de Uyuni, the world’s largest salt lake, situated in Bolivia’s highlands. Lithium is indispensable  for the production of batteries, such as those used in electric cars and is of particular importance for Germany’s automotive industry. However, during the major upheavals, in early November of last year, the German-Bolivian joint venture was put on ice.  It has not been revived since the November 10, 2019 putsch in La Paz, despite the German government’s support for the putschist regime.  Following the putschists’ unambiguous electoral defeat, Berlin is hoping to obtain concessions from Luis Arce, the winner of the elections –  even though the German government had approved of the violent overthrow of his fellow party member Evo Morales in 2019.

In mid-December 2018, the German medium-sized enterprise ACI Systems, located in Zimmern ob Rottweil (Baden-Württemberg) was able to obtain access to the enormous lithium deposits in the Salar de Uyuni, the world’s largest salt lake,[1] through a joint venture between the ACISA subsidiary (ACI Systems Alemania) and Bolivia’s state-owned YLB (“Yacimientos de Litio Bolivianos”- “Bolivian Lithium Deposits”) in which YLB held a narrow majority shares of 51 percent. ACI Systems had benefited from political support. The German government is seeking to obtain direct access to Lithium, because it is indispensable for the production of E-car batteries and thus also for the German automotive industry. At the time, the La Paz government under President Evo Morales, had firmly insisted that ACISA not export the unprocessed raw material, but that the lithium be processed in Bolivia and the German company should help to establish a battery production chain within the country. The objective was to have Bolivia generate the greatest portion possible of added value and thus promote economic development and effectively combat the country’s poverty.[2]

In the fall of 2019, the problems began. Local citizens’ committees protested against the lithium mining in the Potosi Department in Bolivia’s highlands, where the Salar de Uyuni is located. They feared significant ecological damage for example to the ground water. They were also worried that they were being cheated financially by the ACISA/YLB-Joint Venture. (german-foreign-policy.com reported.[3]) The protests coincided with the election campaign for the presidential elections on October 20, 2019. Under the pretext of massive electoral fraud, the defeated opposition organized widespread uprisings against President Morales. Having come under heavy pressure, Morales put the project on ice for the time being. “To solve the problem,” he reportedly planned to “establish an autonomous region in Uyuni by the end of that year.”[4] The plan failed because the right-wing opposition – led by wealthy whites, particularly large landowners from Bolivia’s lowlands – escalated the unrest with violence which ultimately ended in a coup d’état that drove Morales, the political representative of the impoverished indigenous population, particularly those in the highlands, out of office.[5] This also stalled the German lithium project.

The Legitimation for the Putsch

From the very beginning, justifiable skepsis was being voiced about the putschists’ allegations that Morales had committed massive election fraud.[6] This is all the more serious, given the fact that the allegations had been confirmed by the Organization of American States (OAS), which is clearly under US influence. The OAS had furnished observers for the elections. This served as legitimation for the western countries’ approbation of Morales’ overthrow. In the meantime, these allegations have been proven false. Already last June, a scholarly study was published that proves that statistical peculiarities, erroneously used by the OAS to back up election fraud claims, were, in fact, explicable, due to completely normal electoral procedures in remote rural regions.[7] Last week, the Center for Economic and Policy Research (CEPR), which had compared this year’s election results with the incriminating results of the previous year, also concluded that the accusations of fraud had been pure fiction. The CEPR points out that Arce had won more than 90 percent of the votes in some of the indigenous electoral circumscriptions in the highlands. There was, in fact, nothing surprising. Last year Morales had also achieved this score, however the OAS claimed this was irrefutable evidence of electoral fraud.[8] Morales is now considering taking OAS Secretary General Luis Almagro to the International Criminal Court in The Hague.[9]

“The Right Decision by the Military”

The German government, along with sectors of the opposition, had also taken the side of Bolivia’s putschists. Immediately following Morales’ overthrow, the government spokesperson, Steffen Seibert, claimed that this is an “important step in the direction of a peaceful solution.” Omid Nouripour, foreign policy spokesperson for the Green parliamentary caucus declared, “the military” had “taken the right decision, to take sides with the demonstrators.”[10] When asked by the Left parliamentary caucus, if the government would recognize the incumbent putsch president in La Paz, Jeanine Añez “as the legitimate interim president of Bolivia,” the government responded in January 2020, that it “welcomes the fact that the power vacuum” in that country “has been terminated through the appointment of Jeanine Añez as transitional president.”[11] This view of the situation was not affected by the fact that the Police and military were using brute force against the Morales supporters and that at the demonstrations in the localities of Sacaba (Cochabamba) and Senkata (El Alto) at least 19 people had been killed by the forces of repression. In August, UN High Commissioner for Human Rights, Michelle Bachelet, had declared, she was “deeply worried” that the cases had still not been solved and that the forces of the repressive apparatus enjoy impunity under Añez.[12] Berlin, which jumps at every opportunity to pose as the vanguard of the human rights struggle anywhere in the world, remains mute.

Since the October 18, landslide victory in Bolivia’s presidential elections by Luis Arce, the candidate of Morales’ Movimiento al Socialismo (MAS) party, German media sees again an opportunity to obtain direct access to Bolivia’s lithium. (Arce had already won in the first round of voting with 55.1 percent, far ahead of his main rival Carlos Mesa with 28.8 percent.) Germany’s Ministry of Economics as well as the Ministry of Foreign Affairs had supported “at the working level,” the ACI Systems’ raw materials project last year as was confirmed by the German government. Already before his electoral victory, Arce had indicated that he would like to resume the project with the German company, if possible. Now he has announced that “the local organizations” in the Potosi Department, want “a larger share” of the yields “and a shorter term of the contract.” “If the German company adapts to these conditions, we can continue the cooperation.” However, if ACI Systems refuses them, “there are other partners, with whom we can proceed with the processing of Lithium.”[13] Bolivia’s lithium production is “not dependent on one company.”