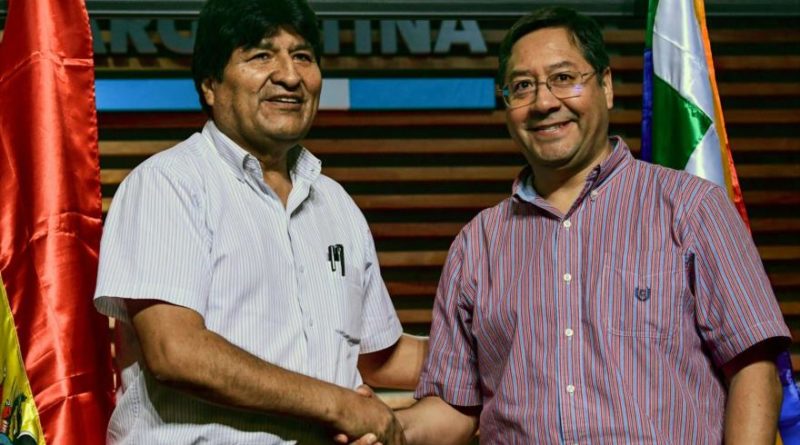 Movimiento al Socialismo (MAS), party of the deposed president, Evo Morales, leads the polls of intention to vote for the general elections in Bolivia.

According to the results of the last national voting intention survey published on Sunday, the MAS candidate, Luis Arce, would obtain 31.6% of the support, followed with 17.1 percent by former president of the country Carlos Mesa (2003-2005), of the Citizen Community (CC).

This survey indicates that the self-proclaimed president of Bolivia Jeanine Áñez, with a voting intention of 16.5 percent, trails the party of Evo Morales.

RELATED CONTENT: The Death of Journalist Sebastián Moro: “He is a Victim of the Coup in Bolivia”

The candidacy of Luis Fernando Camacho,achieves less than 10 percent of support (9.6). Far behind is the Victory Front (FPV) of Chi Hyun Chung (5.4); Feliciano Mamani de Pan-Bol (1.6); Jorge Quiroga de Libre21 (1,6); and, despite being disabled, 0.5 percent of respondents would opt for Nationalist Democratic Action (ADN).

Morales endorsed Luis Arce as his successor for these presidential elections, elections that he, however, must follow from Buenos Aires, Argentina, where he is exiled.

RELATED CONTENT: Bolivia: An Election in the Midst of an Ongoing Coup

Arce has been with Morales since he came to power in 2006 and achieved a historic growth of the Gross Domestic Product (GDP) in recent years. Morales described Arce-Choquehuanca formula as “a combination of the city and the countryside to continue the process of change.”

During the last months, Bolivia has lived immersed in a political crisis. On November 10 of last year, Morales resigned from his position to preserve the peace in the South American country after suffering a coup d’état from the opposition, who ignored his re-election as president in theOctober 20, 2019 race.