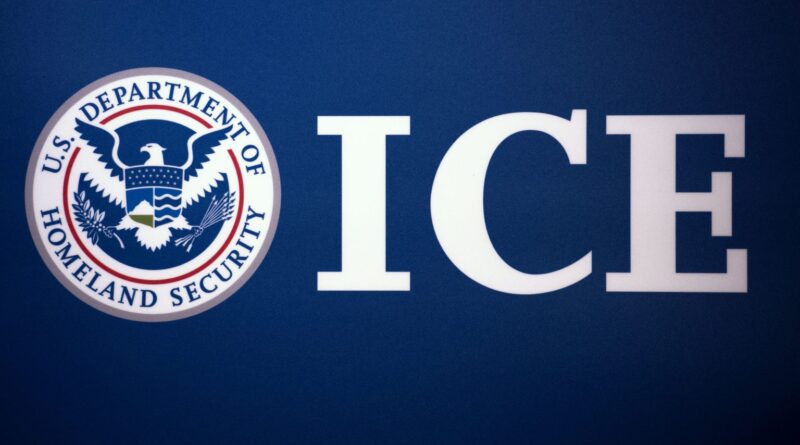 The imminent deportation of Pauline Binam, who alleges she was involuntarily sterilized in custody of Immigration and Customs Enforcement last year, was halted on Wednesday. Binam was held at an ICE facility where a whistleblower alleged this week that a doctor carried out medical procedures on detained women without consent. ICE told NPR the deportation was halted because of a paperwork snafu, but immigrant groups and several members of Congress had mobilized on Binam’s behalf.

BREAKING: WE JUST GOT PAULINE OFF THE PLANE

Thanks to YOU and help from @RepJayapal & @JacksonLeeTX18 #FreePauline has a chance to take part in the investigation abuses of dozens of women in ICE detention.

Binam, who is originally from Cameroon and has lived in the United States since the age of two, had already been placed into a plane and was to be deported Wednesday morning before her deportation was temporarily reversed. Earlier this week, a woman who accused guards in a Texas ICE facility of sexual assault was deported to Mexico even while serving as key witness in an ongoing investigation into the charges, The Texas Tribune and ProPublica reported.

Washington State Rep. Pramilya Jayapal, who helped intervene in Binam’s case, said in a statement that the allegations represent “the most abhorrent of human rights violations,” after speaking to three attorneys who represent at least 17 women who were subjected to forced sterilization or other medical procedures at the privately run Irwin County Detention Center in Georgia.

“Pauline, who was nearly deported this morning, consulted the doctor simply about her menstrual cycle. She was put under for what she was told would be a simple procedure, only to wake up and find that the doctor had removed part of her reproductive organs without her knowledge or consent. Another woman, already deported, apparently went in to see the doctor for a simple condition related to diabetes and ended up having gynecological surgery. Two additional women apparently were shackled to the bed, reported to have had surgical procedures, including one apparent hysterectomy, without any consent,” Jayapal said.

On Sept. 14, Dawn Wooten, a former nurse at a privately run immigrant detention center, filed a whistleblower complaint alleging hysterectomies and other medical procedures were forcibly performed at the facility and likening the conditions to a “concentration camp.” Her allegations evoke the long history of the practice of forced sterilization.

Wooten said a doctor known as the “uterus collector” carried out the unwanted medical procedures.

Dawn Wooten, the nurse who blew the whistle on ICE, just went on MSNBC. This is being done in our name. pic.twitter.com/ljacMzUQ0N

“I am horrified and outraged to hear these stories, which contain may consistencies and raise serious questions about not only this particular doctor but about the entire detention system—largely for-profit—that is complicit in the abuses of rights and has long run roughshod over and ignored neglected the health, wellbeing and human rights of immigrants,” Jayapal said.

While many have compared these allegations to Nazi Germany, the United States has a long history of forced sterilization that has continued into the 21st century, primarily carried out against people of color, immigrants, people, the mentally ill, and the disabled. Studies show Black women were targeted for sterilization at rates 12 times higher than white men. Hundreds of female inmates in California were illegally sterilized between 1997 and 2010, according to a 2013 report in the Center for Investigative Reporting. In 1976, the U.S. government admitted to the sterilization of thousands of Native Americans without their consent. One third of Puerto Rican women were sterilized between the 1930s and the 1970s, in an effort that was revealed to be part of an effort to reduce unemployment. California’s 1909 eugenics law targeting those the state considered unfit to reproduce inspired the Nazis. 70,000 Americans were forcibly sterilized during the 20th century.

Wooten, who is being represented by the groups Project South and Government Accountability Project, also alleges a lack of protection against COVID-19 for detained immigrants, including a lack of personal protective equipment (PPE). Those in ICE’s custody were also unable to practice social distancing, and were not given access to COVID-19 testing. Immigrants who spoke out were punished with solitary confinement, the complaint alleges.

One detainee in the complaint is quoted as saying, “We’re very afraid of being incarcerated here and dying here. We are daughters, we are mothers, we are wives, we need freedom. Please help us.”

The doctor who is alleged to have carried out the procedures was not named in the complaint, but has been identified by news agencies as Mahendra Amin, who has denied the allegations, along with ICE, who say they are investigating the allegations.

A 2017 report by Project South detailed human rights abuses at two Georgia facilities, including the Irwin County Detention Center, such as the denial of access to adequate food and water, adequate living conditions, and medical and mental healthcare. The report recommended both facilities be closed immediately.

Immigration advocacy groups have warned of worsening abuse of detainees, especially women, under the Trump administration, whose chief architect of immigration policy, Stephen Miller, who has a documented history of espousing white nationalism, and was called a ‘white supremacist’ by a former colleague.

Jaisal is a host, producer, and reporter for TRNN. With his expertise in education policy and systemic inequity, he focuses on Baltimore, Maryland. He mainly grew up in the Baltimore area and studied modern history at the University of Maryland, College Park. Before joining TRNN, he contributed print, radio, and TV reports to Free Speech Radio…