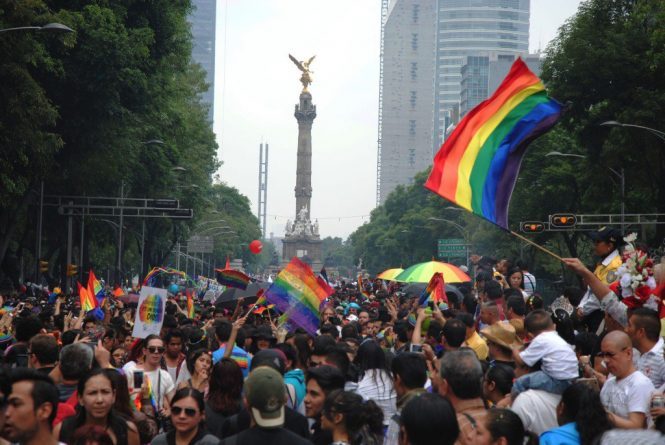 Mexico’s president, Andrés Manuel López Obrador, this Friday ruled out promoting a [new] federal law for same-sex marriage, considering that the LGBT community already has this right guaranteed at the judicial level.

“There is already an established legal framework, both Federal and State laws, and resolutions of the Supreme Court of Justice. And this is what is going to be respected, basically,” the president said from the National Palace on the International Day against Homophobia, Transphobia and Biphobia.

More than half of the 32 states of Mexico have laws in favor of marriage equality, including the country’s capital.

And in the rest, same-sex couples, although there is no regulation, can rely on a 2016 Supreme Court ruling that declared state laws that prohibit gay marriage unconstitutional.

Based on this legal situation, López Obrador considered that “the rights of the people are already guaranteed” to “exercise their freedom”.

At the beginning of his message, López Obrador reiterated that to build “an authentic democracy” the freedoms of “all Mexicans” must be guaranteed.

Alexandra Haas, president of the National Council to Prevent Discrimination (Conapred), recalled that many members of the lesbian, gay, bisexual and transsexual collective still live in fear in Mexico and are victims of hate crimes.

According to the report “Extreme violence, the 2013-2018 balances by the NGO Letra S reported 473 hate crimes during Enrique Peña Nieto’s term.

And according to this NGO, 28 murders have been reported during López Obrador’s administration, which started on December 1.

Haas indicated that a series of actions have been established in favor of the LGBT community.

Among these, labor inclusion is promoted so that there is no discrimination and, in schools, the new educational agreement prioritizes inclusion and respect.

In addition, there will be guaranteed investigations of hate crimes carried out with specific care protocols for the group.

And she recalled that on Thursday the Mexican Foreign Ministry announced that equal marriages between Mexicans can be held in consulates around the world.