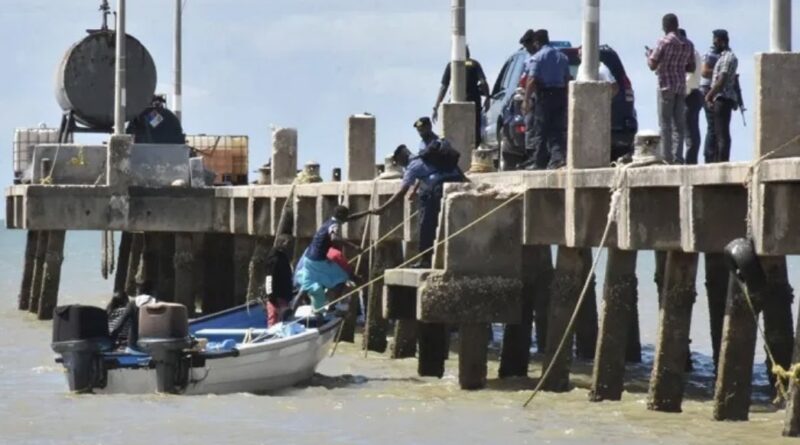 This Tuesday, November 24, the Minister of National Security of Trinidad and Tobago, Stuart Young, asserted that he is not aware that last Sunday his country authorized the deportation of sixteen children of Venezuelan nationality. He indicated that these types of practices are not supported by his nation.

The official also questioned whether any of the deported citizens were minors. He demanded that the relatives show their identity documents. “I have seen the supposed report on the sixteen children. But now I ask: has anyone seen these individuals, who they are? Show me birth certificates to verify that they are minors,” he said.

Since last Sunday, November 22, a social media campaign initiated by Venezuelan right-wing elements was launched, and repeated by Venezuelan local media, that warned of the deportation by Trinidadian authorities of sixteen people including—allegedly—a four-month old infant.

Venezuelan politician and fugitive of justice David Smolansky was among the main promoters of the trending post that used the hashtag #DondeEstanLos16 (“Where are the sixteen?”). For several weeks this political operator has been trying to frame a narrative that mass migration from Venezuelan is occurring. In reality the opposite is happening: tens of thousands of Venezuelan migrants are returning to Venezuela. Many analysts agree that the recent repatriation of great numbers of Venezuelans is the reason for this sudden interest in Venezuelan migrants on behalf of right-wing agitators. Others say that it is a campaign against Trinidadian authorities who—like most Caribbean countries—have not complied with US regime-change operation against President Maduro.

“I did not put any person in any boat. I know my responsibilities and they don’t cover that. I don’t know if they are 10, 12 or 16 children. Our priority is our population and we have laws. Anyone who enters the island illegally, or is here without documents, will continue to be deported,” he said.

According to various right wing media reports, this same Sunday 16 Venezuelan children, between 4 months and 14 years old, would have been deported by Trinidad and Tobago authorities aboard two peñeros (wooden boat). They would have disappeared on the high seas. The minors, apparently, were accompanied by 9 women.

RELATED CONTENT: President Maduro: Where is the Money that UNHCR Approved to Support Venezuelan Migrants?

The Trinidadian news outlet Guardian, pointed out that this procedure was carried out even when the parents of the children had their legal status in that nation. A judge of the island’s Supreme Court would have issued a sentence to prevent the action, but the ships had already left port.

During a press conference, Young stressed that any migrant who enters the island illegally immediately becomes an undesirable person who must face legal consequences.

Regarding the Venezuelans who are currently in Trinidad and Tobago, he noted: “If it is discovered that they are helping other of their countrymen without documents on the island, their permits will be revoked and they will also be deported.”

The minister assured that it could be a case of “human trafficking.” He stressed that the frequency of human trafficking between Venezuela and Trinidad and Tobago “is increasing.” He indicated that he does not have information on which national security agency is involved in this type of illicit operations.

“This is what is happening right now? Is the system being used to facilitate human trafficking? No one is above the law. Whoever is involved, let him be prosecuted”, he concluded.