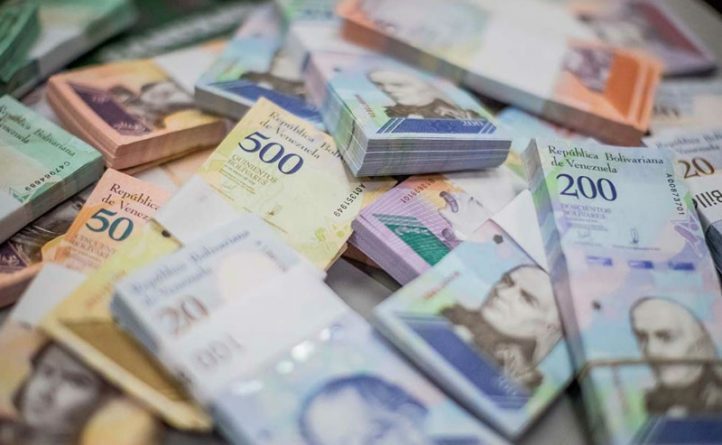 A report by the opposition National Assembly (AN) indicates that inflation in Venezuela decelerated in May by two and a half percentage points compared to April and the interannual variation stood at 815.194 percent.

According to the opposition majority Parliament, in May prices in the country rose 31.3 percent, compared to 33.8 percent in the previous month, and cumulative 12 month inflation to May reached 905.6 percent, according to the data of the AN.

The AN and other international organizations such as the IMF, were the only ones that published data on the national economy and they placed the average inflation for 2019 at over one million percent and calculated that it could reach 10 million percent at the close. The AN uses an opaque methodology for macroeconomic standards according to several experts.

The Central Bank of Venezuela (BCV) decided to break its silence at the end of May and gave its figures for the last 3 years: (for 2018) 130,000 percent inflation and a GDP contraction of more than 22.5 percent.

The parliamentarian Ángel Alvarado affirms that the deceleration of inflation is due to the liquidity restrictions applied by the BCV, measures that would be hitting the credit capacity of the national bank even more.

“They are lowering inflation at the cost of generating greater economic contraction,” said Alvarado.