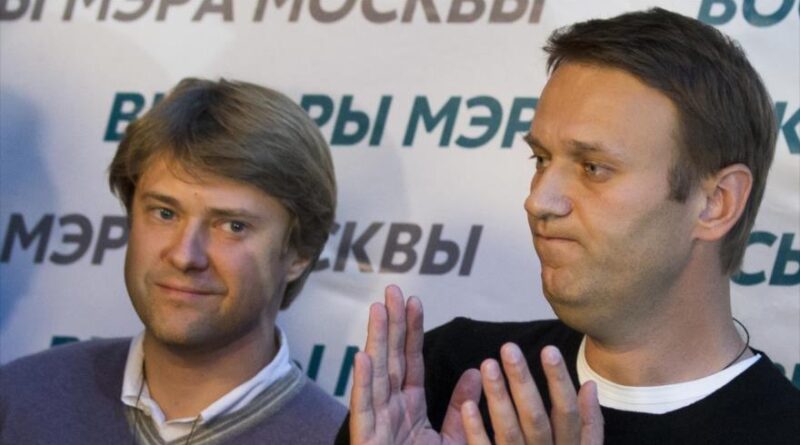 The relationship between the British Intelligence Service and Russian opposition figure Alexei Navalny was revealed in a recording in which millions of dollars are requested from a British agent.

The images, recorded covertly by the Russian Federal Security Service (FSB), show a close associate of Navalny—detained on January 17 at an airport in Moscow after his return from Germany— negotiating with a suspected British spy for financial and intelligence assistance, local network RT reported on Monday.

The video recorded in 2012 shows a meeting held in a café in Moscow, the Russian capital, between the Executive Director of Navalny’s so-called Anti-Corruption Foundation (FBK), Vladimir Ashurkov, and then-Second Secretary of Political Affairs of the UK embassy in Russia, James William Thomas Ford. The FSB suspected that the diplomat in question worked for the UK’s Secret Intelligence Service (MI6), operating under diplomatic cover.

Breaking! @RT_com has received a video recording of a conversation between #Navalny's aide Vladimir Ashurkov and an employee of the British Embassy, ​​whom the FSB considers as an MI6 agent.
The argument: regime change in #Russiapic.twitter.com/0mo4fKKTPS

At one point during the meeting Ashurkov indicated that “if we had more money, we would expand our team, of course,” adding that his goal of getting “a little money” like “$10, $20 million a year” would make a huge difference.

Navalny’s organization, according to RT, was founded with the supposed objective of exposing corruption in Russia, and although presented under the guise of journalism its goal is in line with the attempts of the Russian opposition leader to seize power.

Ashurkov, currently residing in the United Kingdom, is wanted in Russia on charges of committing fraud to finance Navalny’s 2013 campaign for the post of mayor of Moscow.

The disclosure supports the Russian government’s claim that Navalny and his team are “foreign agents,” a term associated with espionage activities.

Russia has repeatedly denounced the role of the West, led by the US, in the unrest caused by Navalny’s arrest, and urged Western countries to stop meddling in Russia’s internal affairs.