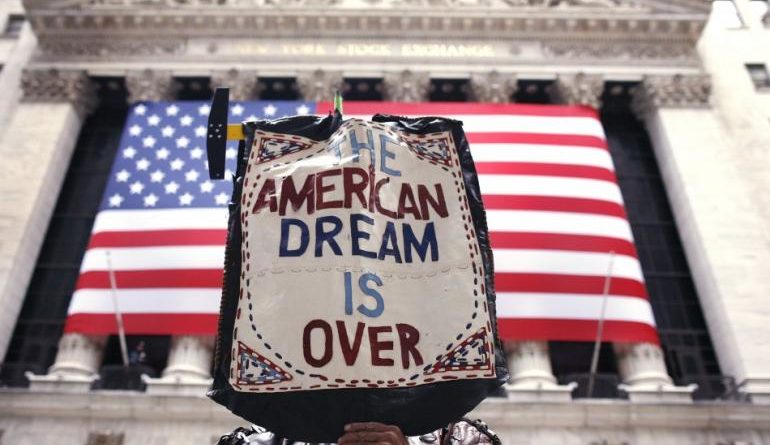 One of the main themes I worked on when I published “Latin America in the Geopolitics of Imperialism” (2012) was that the United States had already begun a slow but irreversible decline as a superpower and center of a vast imperial system. This statement was based on statistical data, qualitative analyses, and historical studies as well as by multiple references to the works of some U.S. scholars, who referred superficially to the topic and contributed to the decline thesis but with an undisguised fear of being stigmatized by the dominant “single thought” in academia. Despite this, for a long time, it faced the disqualification – if not the sarcasm – of the spokespersons for political correctness in the field of international relations and the academic world in general. Later some of my new work contributed data that deepened this line of interpretation that confirmed irrefutably that if the initial diagnosis of 2012 was true then it was even more so now.

RELATED CONTENT: Neoliberalism has Been Pushing Humans Towards the Edge

That is why I can only express my satisfaction with the article that Juan G. Tokatlian published on March 12, 2020, on the opinion page of the Argentinean newspaper “Clarin.” For its clarity and forcefulness, I would like to recommend it to those who follow my writings because it adds novel elements derived from an analysis of the current moment of the Trump Administration and the dangers it entails not only for Latin America and the Caribbean but also for all humanity.

There, the author appeals to the governments of Our America, stating that “it’s time for our governments to have prudence, patience and perspicacity,” which is very reasonable. Imprudence, impatience or foolishness was never good advice for leaders who looked out for the welfare of their country. More controversial, however, is the phrase with which he closes his writing: “The provocation of Washington today is an act of childish and foolish heroism.” The problem of knowing what is and what is not a provocation is not a matter of simple discernment when there is a “pushy and quarrelsome” government in the White House like that of Donald Trump and overflowing with collaborators such as Elliot Abrams, Mike Pompeo, Mauricio Claver-Carone and other thugs with criminal records.

The issue is particularly sensitive for Argentina because, to overcome the collapse inherited from the Mauricio Macri administration, the current Government will have to make use of some politics or take certain decisions that Trump and some members of his team may interpret as “provocations.” And the arbitrariness with which Washington handles these matters is absolute. When Israel bombs schools and hospitals in Gaza, such a thing is never defined as a provocative act. However, the deepening of trade relations of Latin American countries with Russia and China is perceived as a blatant provocation. The daily murder of social and political leaders in Ivan Duque’s Colombia does not disturb the White House, but the survival of the Cuban Revolution or the permanence of Nicolas Maduro in the government of the Bolivarian Republic of Venezuela represents unbearable provocations that are repelled with a new generation of wars and the committing of crimes against humanity. Therefore, one must be on guard when Trump and his collaborators characterize something as a “provocation” when the decisions that may be taken by governments that Washington considers as enemies or simply unwilling to submit to its barbaric designs.