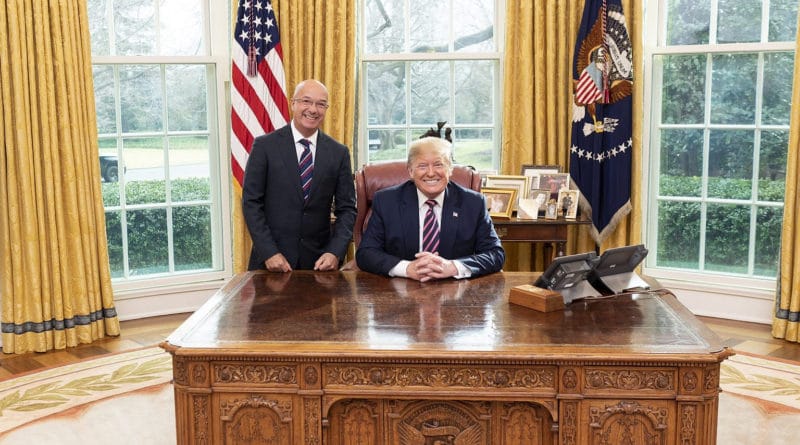 On Tuesday, Venezuelan minister for communications and information, Jorge Rodríguez, showed the video confession of Antonio José Sequea, one of the mercenaries involved in the so-called “Operation Gideon” or attempted landing on May 3 to carry out a coup d’état against the president of Venezuela, Nicolás Maduro. Sequea confirmed the involvement of the United States in the frustrated mercenary incursion.

Sequea, also known as alias León, deserter of the Bolivarian National Guard, also served as second commander of the paramilitary operation, which was led initially by the former ex-officer of the Bolivarian National Armed Forces (Fanb), Clíver Alcalá, an action neutralized by Venezuelan intelligence last March. Alias León also participated in the failed coup d’état on April 30, 2019, an irregular action led by Juan Guaidó in which the fugitive from justice Leopoldo López escaped house arrest.

During a press conference from Miraflores Palace, Rodríguez specified that in a voluntary confession Sequea pointed out that on March 2, Jordan Goudreau, head of the American company Silvercorp USA, met with Juan Guaidó at the White House and that Goudreau was ratified there as “military chief of the operation”.

“In mid-March, when Guaidó traveled from Colombia, during the tour that took him to the United States, Jordan Goudreau distanced himself communicationally from us. We spent some time without telephone contact, then he reconnected and informed me that he was in a meeting with Guaidó at the White House, and that he had been named again as the military adviser for the departure of the government of Maduro,” says Sequea in the recording.

According to the captain, that news encouraged them to go ahead with what had been planned. “That gave us a little more strength, it motivated us, since a year ago we saw Jordan (Goudreau) behind the security of President Trump and now he was advising us militarily, that gave us… that gave us a feeling of security.”

Rodríguez indicated that the self-proclaimed “president” was planning terrorist actions against Venezuela with the knowledge of the president of the United States, Donald Trump, and the Colombian president, Iván Duque.

“We had continuous communication (with Jordan Goudreau). He was aware of all the progress, he advised us on any news. Whatever situation got complicated for us, he looked for a way to solve it; he (Goudreau) kept us informed of all the procedures that the US government was going to do. For example, the last information he reported was the naval movement to the Caribbean, to Aruba, Curaçao and the following week it was executed as he described it, “Sequea said in his confession, broadcast during the press conference.

“That created a feeling of security, that we were protected and implied that we could trust him, his government and his boss, who is the President of the United States, Donald Trump. That he (Trump) was aware of this procedure.”

Simonovis in charge
Sequea also confirmed in his confession that the fugitive from Venezuelan justice, Iván Simonovis, coordinated the terrorist incursion on May 3.

In the confession, Sequea indicates that between February and March he received calls from an unknown representative of Iván Simonovis, asking him to report any news. “After 20 days, I receive the next call, he (Simonovis) asks me for news of the operation, that we were all in the fight, because of his limitations he could not (be in Colombia). Days later, he sends me a link to a photo with President Donald Trump, in March at the White House,” says Sequea.

The photo emerged from a meeting held on February 13 released by Guaidó press team, which detailed that the meeting had served “to advance the next measures” that they intended to execute against the Venezuelan government. In this sense, Rodríguez specified that it was “in March that the White House activated this action against Venezuela. The meeting between Donald Trump and Juan Guaidó had already occurred, the meeting of Iván Duque and Trump had already occurred.” He noted that Iván Duque surely was informed of this operation that was taking place in Colombian territory, and the green light is given for Iván Simonovis to coordinate the operation.

It is important to highlight that Brazil’s Jair Bolsonaro also visited Trump during those days and he paid a visit to the SouthCom headquarters in Florida state.

Simonovis is a former commissioner sentenced to 30 years in prison for “necessary complicity in the execution of a consummate qualified homicide” in the deaths of protesters, during the April 11, 2002 coup against then-President Hugo Chávez. He illegally escaped from house arrest on May 16, 2019.

Recent mercenary confesions have pointed out that Cliver Alcala was ousted as head of the mercenary operation lead by Donald Trump in order to position Ivan Simonovis as new chief. For that reason Cliver Alcala’s name is added to the recent bounty list release by the US Department of justice, accusing President Maduro without presenting any piece of evidence. Alcala is currently under protection in the US after a very irregular deportation procedure that took him from Colombia to the US. “When it was time to move from Ríohacha to Alta Guajira, ‘El Maracucho’ contacted us, we wrote, we met and he explained to us what the procedure for our transfer would be. He notifies and informs us that there is another group, in the area, he notifies him (Double Wheel) of our stay. When we arrived at the site where we stayed approximately 40 days, everything was coordinated through him, since he was in control and had to be aware of all the movements,” said Sequea in one of the videos shown by Rodríguez.

The Venezuelan minister for communication explained that the drug trafficker and DEA agent, José Socorro Hernández, alias “Pepero”, also captured, was the coordinator of the action against Venezuela, along with Doble Rueda. On the Colombian side, Doble Rueda was in charge of the operation and of supporting the terrorists before going out to execute the plan, and Pepero organized the operation on Venezuelan soil, both of them linked to the DEA, stressed the vice president. DEA involved
In the video, Sequea explained that a few kilometers from the Double Wheel operations center, there is a center of the US Office of Administration for Drug Control (DEA), in an “out of the way infrastructure, in the form of a white mushroom” , approximately three or four kilometers away from the border with Venezuela, he added.

In this regard, Vice President Rodríguez explained that the Colombian president, Iván Duque, and the DEA use blackmail against drug traffickers to seek to consolidate their war plans against Venezuela, adding that Duque is not interested in pursuing drug traffickers and the DEA is not interested in having Double Wheel behind bars. He is a confessed and convicted drug lord.

“Pure hypocrisy Iván Duque, it is a common practice of the Colombian government and the DEA to blackmail, they put them to work at their service, they recruit them to act against the legitimate government of Venezuela. The level of hypocrisy of the so-called anti-drug fight of the DEA and the Colombian government is clear, it is tremendous to point out that the country that produces the most cocaine on the planet, together with the country that consumes the most cocaine, try to point to Venezuela as a narco state,” emphasized the official.

On August 23, 2019, Duque said that “he had intelligence of a criminal organization called ‘La Silla'”, and gave instructions “to make all the criminals of that structure visible.” He offered rewards to find its whereabouts and neutralize that group. However, Doble Rueda, leader of the cartel and criminal operation referred to by the Colombian president then, remains free until now. On December 14, 2019, the United States regime, through the DEA, requested the extradition of Doble Rueda, which is very strange because, a few kilometers from the farm of the aforementioned drug trafficker, there is a base of this agency, as Sequea explained in his testimony. The vice president explained that the DEA blackmails drug traffickers as a way to make them work for them, then allows them to remain free or continue to be distributors of drugs in a given area.

Antonio José Sequea Torres was one of the paramilitaries detained last Monday, May 4, by Venezuelan security agencies and the militia, involved in the mercenary incursion that had the support of the United States and Colombia, aiming to attack the headquarters of the Agency of Bolivarian National Intelligence (Sebin), the General Directorate of Military Counterintelligence (Dgcim) and the Miraflores Palace to kidnap or kill President Maduro and his cabinet.

Featured image: Donald Trump and the new head of the mercenary operation against Venezuela, Ivan Simonovis in the White House during the recent visit of Venezuelan deputy, Juan Guaido.