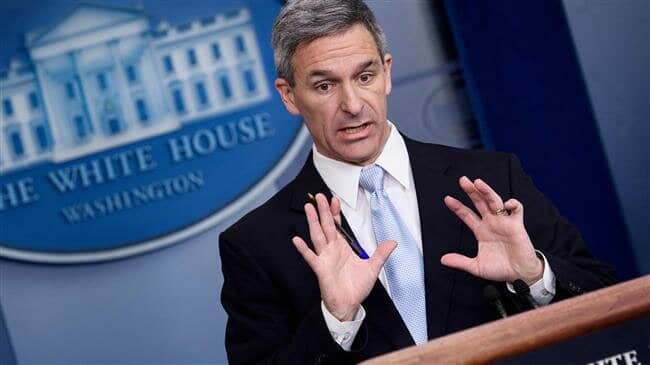 The administration of US President Donald Trump has announced a sweeping rule that would limit legal immigration by denying visas and permanent residency, also known as green cards, to hundreds of thousands of immigrants for being too poor.

The long-anticipated rule, which was unveiled on Monday and takes effect October 15, would reject applicants for temporary or permanent visas for failing to meet income standards or for receiving government assistance such as welfare, Medicaid, food stamps and public housing.

Federal law already requires those seeking green cards and legal status to prove they will not be a burden to the US, but the new rule expands the definition of a “public charge” and stands to disqualify more people.

US Citizenship and Immigration Services (USCIS) will now weigh public assistance along with other factors such as education, household income and health to determine whether to grant legal status.

Ken Cuccinelli, the acting director of USCIS said at a White House media briefing announcing the rule that “the law has required foreign nationals to rely on their own capabilities and the resources of their families, sponsors and private organizations in their communities to succeed”

The overhaul is part of Trump’s efforts to curb both legal and illegal immigration, an issue he has made a cornerstone of his presidency.

Advocates for immigrants have criticized the plan as an effort to cut legal immigration without going through Congress to change US law. The National Immigration Law Center (NILC), an immigration advocacy group, said it would file a lawsuit to stop it from taking effect.

Trump has made toughening immigration policies a central tenet of his presidency and has vowed to build a wall along the US-Mexico border to combat illegal immigration and drug trafficking.

The new rule comes as Trump is facing growing criticism for his divisive rhetoric that critics say is encouraging racism and violence against Hispanic immigrants.

Trump has repeatedly used violent rhetoric when discussing immigration and the border, some of which was echoed by the “manifesto” that investigators believe was written by the suspected shooter who killed 22 people August 3 in El Paso, Texas.

Featured image: Acting Director of the US Citizenship and Immigration Services Ken Cuccinelli speaks during a briefing at the White House August 12, 2019, in Washington, DC. (AFP photo)