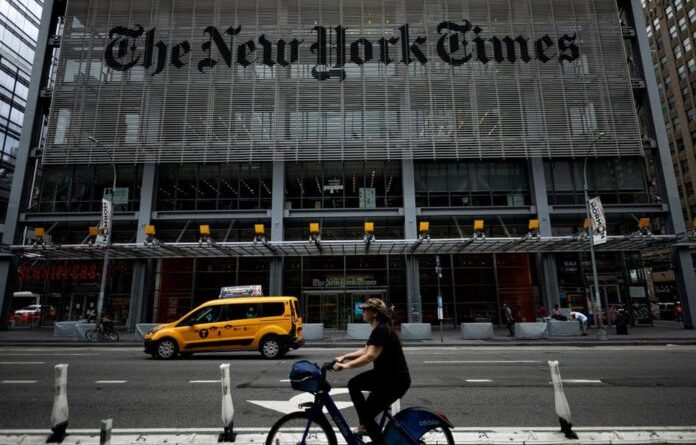 “The fate and life of the population near the border [between Venezuela and Colombia] is not exactly a concern, neither for The New York Times nor the governments of Colombia and the United States, and much less for human rights NGOs that some consider to be ‘primary sources’ for organizations with a global reach,” said Venezuela’s Foreign Minister Jorge Arreaza in a statement addressed to the US media outlet The New York Times (NYT).

Arreaza’s comments came in response to a piece published on April 26 that, according to the top diplomat, sought to maintain a slanderous narrative against Venezuela and its efforts to maintain peace on the border with Colombia, abandoned by the government of Colombia to the fate of paramilitary gangs.

The aforementioned piece, bearing the biased headline “Terrorist Groups Settle in Venezuela While Anarchy Grows,” was an “astonishing and shameless attempt to transfer to Venezuela the symptoms that Colombia has been suffering for years,” wrote Arreaza earlier this evening. On his Twitter account, Arreaza denounced the outlet for not responding to a formal complaint sent to NYT at the end of April.

For Arreaza this represented further evidence of NYT’s chauvinism against Venezuela. “Unlike other media outlets, it did not respond,” commented Arreaza. “Evidence of its lack of self-criticism and [willingness to] dialogue.”

“Lethal naivety”
In this clearly prejudicial piece, not based on reliable facts, NYT blamed the Venezuelan state for the alleged installation of Colombian insurgent groups in areas of Venezuela’s territory. In fact, NYT claimed that the nation is in “ruins.” Because of this, NYT added, the residents supposedly count on these criminal groups to ensure certain public services.

However, Arreaza stated that “considering what happens at the border as a matter of state incapacity and third-world neglect is lethal naivety.” The reality is that chaos emanates from the Colombian side, in the direction of Venezuela. This dates back to the last century, as Colombia is a country with an internal conflict of more than six decades.

In fact, throughout much of the article, groups such as the ELN, FARC dissidents, or drug trafficking mafias are singled out as guilty of generating social instability in La Guajira. But where do these cells come from? Well, from Colombia. However, NYT tried to misrepresent the issue and blame the Venezuelan state.

The role of the correspondent
Meanwhile, Caracas assured that Anatoly Kurmanaev, the NYT correspondent, when pitching the article to his employers would have had to come up with a “hook,” a journalistic convention that would appeal to the reader’s imagination. The reporter who wrote the questionable article admitted that he needed to find a way to “hook” readers “using sexy tricks that attract them…”

The journalist also assured that “in a certain sense, you are a mercenary”—one who can provide information to a particular clientele based on corporate interests and personal ambition. Therefore, the complaint elaborates, this logic of journalism helps us to comprehend the true intentions behind these so-called journalistic works.

It also pointed to “the intention on the part of The New York Times to promote a campaign of discredit against Venezuela, based on doubtful anonymous testimonies, and the use of supposed experts whose political activities, opposed to the Bolivarian National Government, are widely known.”