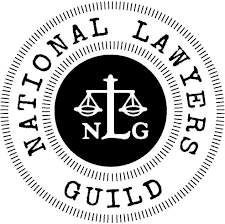 The National Lawyers Guild (NLG) is the oldest human rights bar association in the United States, with members in every state and a mission to value human rights and the rights of ecosystems over property interests. For more than a decade, the NLG International Committee has sent numerous delegations to Venezuela to observe nearly a dozen elections and research the electoral system, including meeting with lawyers and judges, community workers, union members, economists, journalists, government officials and opposition leaders.

The statements of Vice-President Mike Pence and Secretary of State Mike Pompeo openly calling for democratically elected President Nicolas Maduro to be removed by a military and popular revolt harken back to the dark days of direct intervention in Latin America and make it clear that the U.S. is currently orchestrating a coup against the elected government of the Bolivarian Republic of Venezuela. The shocking aggression and illegal interference against a sovereign nation by the Trump administration is a blatant violation of the charters of the United Nations and Organization of American States, which recognize the principles of national sovereignty, peaceful settlement of disputes, and a prohibition on threatening or using force against the territory of another state.

The contempt that this administration has shown for the norms and core values of international law has been apparent from threatening the use of force against other nations, withdrawing from the U.N. Human Rights Council and attempting to discredit U.N. independent experts. However, directly fomenting a coup in a sovereign nation is not only illegal and outright shunned by the international community, it fundamentally undermines any pretextual concern about interference by other nations in U.S. elections.

Plots to overthrow the elected government in order to dismantle the regional economic, military, political and social alliances that have been established without the participation of the U.S. has been at the core of U.S. policy in Venezuela and the region since the election of former President Hugo Chávez. After unsuccessfully supporting a military coup against Chávez in 2002, U.S. administrations have consistently funded hard right opposition forces in their efforts to oust Chávez and reverse the people-centered Bolivarian Project. As recent as 2014, the U.S. supported violent street actions (guarimbas) planned and executed by the opposition. In 2015, President Obama declared Venezuela to be an “unusual and extraordinary threat” to U.S. national security and imposed unilateral sanctions. The recent appointment of Elliott Abrams by the Trump administration—a notorious human rights violator and war criminal—to coordinate the Venezuela destabilization operation further strips away any pretextual argument that the U.S. is concerned about democracy and human rights in Venezuela and instead shows how far the U.S. will go to implement its long-standing plans for regime change.

The National Lawyers Guild recognizes the complexities of the situation in Venezuela and joins the concerns of other progressive leaders that there is a critical need for dialogue. We condemn the statement by Secretary of State Pompeo on January 24, 2019, that “the time for debate is over.” Our government has consistently stood in the way of any meaningful dialogue between the Bolivarian government and its opposition and continues to support the forces that promote violence and polarization. The NLG calls on our government to respect international law, to refrain from intervening (militarily, economically or politically) in the sovereign affairs of Venezuela and to allow for peaceful debate among all sectors of Venezuelan society to take place as determined by its people.

The National Lawyers Guild (NLG), whose membership includes lawyers, legal workers, jailhouse lawyers, and law students, was formed in 1937 as the United States’ first racially-integrated bar association to advocate for the protection of constitutional, human and civil rights.

The NLG International Commtitee seeks to change U.S. foreign policy that threatens, rather than engages, or is based on a model of domination rather than respect. The Guild provides assistance and solidarity to movements in the United States and abroad that work for social justice in this increasingly interconnected world.