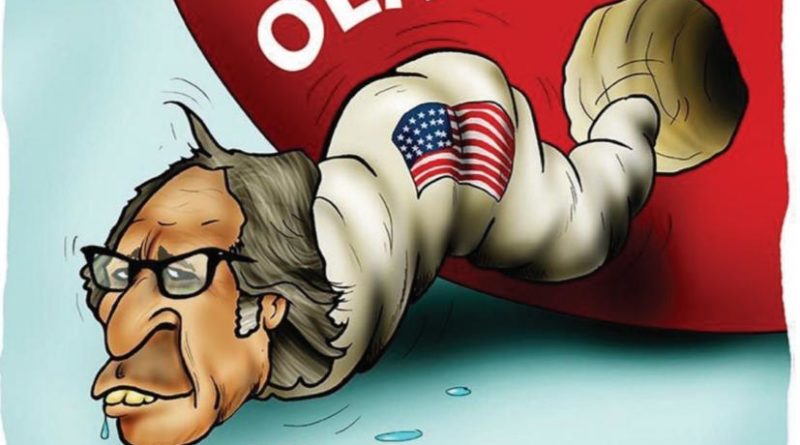 The re-election of Luis Almagro as secretary general of the Organization of American States was seen by political analysts as unsurprising given the dominance of the United States and its right-wing puppets on the continent.

Not even surprising was the fact that reelection occurred in the midst of a health crisis, while the world was busy containing the Coronavirus pandemic.

Venezuelan diplomat Franklin González said that “Nothing new under the sun happened. Everything was coldly calculated. Keeping Almagro’s candidacy by the Trump administration showed that his reelection was certain, especially in the electoral year in the United States. The other candidates, particularly the Peruvian, were part of the mounted strategy. The important thing was to secure the votes in the first vote and that was done with the anti-Maduro speech raised by Almagro and the so-called Lima Group.”

He added that the Caribbean countries, which are the ones that have confronted Almagro the most, this time were divided. “In any case, the OAS is an organization whose weight in Latin America has decreased. The Bolivarian government, I understand, had taken that reelection for granted and that is why its action will continue to focus on the role of the United Nations Organization,” added González.

For the constituent and international analyst Alberto Aranguibel, Almagro’s re-election was an almost certain event, fundamentally determined by the radical change in the political scenario that the region has experienced since his election in May 2015.

“At that time, the inter-American system was marked by the imprint of a new and very powerful Latin American integrationist current, fundamentally driven by the Bolivarian Revolution under a logic of vindication of the sovereignty of our peoples based on the thought of our liberators, which found an expeditious path in the region by virtue of the neglect shown by the empire for a long time to the OAS as a tool for political control,” said Aranguibel.

Paradoxically, the same Almagro who was elected thanks to this correlation of progressive forces, is favored now thanks to the fact that this reality has changed substantially. “Even when the right fails to achieve an absolute level of control in our continent, and despite the presence of alternative organizations such as the Community of Latin American and Caribbean States (Celac), in the OAS there is a very important scenario of political management for conservatives, for which, on this occasion, and in view of the exceptional behavior of submission and dedication to the struggle for neoliberalism demonstrated in such an absolute and immodest manner by Almagro, the power of all the factors of the right worked as never before to influence his reelection”.
Endorsement of the coup in Bolivia

For analyst and communicator Marco Teruggi, we were faced with a predictable event, taking into account the correlation of forces favorable to right-wing governments on the continent.

“We are at a time when there are a majority of conservative governments, therefore, it was predictable that they would support whoever embodies that political outlook. The most worrying thing is that Almagro’s role as a central link in the Bolivian coup has been proven. Supporting Almagro is endorsing the coup against Evo Morales and it is a very clear sign of how the right will continue to move on the continent,” said Teruggi, who covered the events in Bolivia as journalist in 2019.

“In the case of the OAS, we are talking about a right led by the United States, which has its foreign policy subordinated to that of Washington. We then have an organization that is presumably Latin American, but which is led by the United States and whose task is to legitimize the coups d’état, and we have a secretary who is dedicated to carrying out that task, ” he pointed out.

Almagro’s re-election, in Teruggi’s opinion, confirms the need to rebuild a Latin American diplomatic architecture whose first structures have been hit, as part of a strategy, by all right-wing governments on the continent.

“We see the case of the new government of Uruguay, which has just withdrawn from the Union of Southern Nations and returned to the Inter-American Treaty of Reciprocal Assistance (TIAR). The right is predictable. The issue is to see how to redo what was done before: take centrality away from the OAS and build diplomacy with Unasur, Celac, or whatever will be born. That is the strategic task. What is urgent is necessary to put these structures back together,” he said.