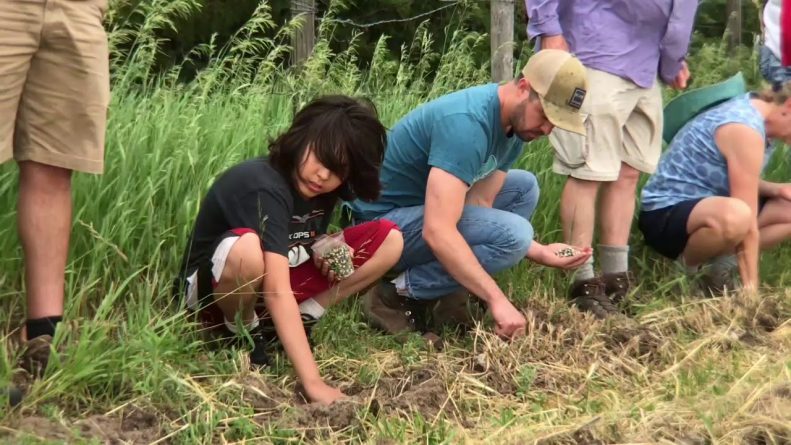 The Cheyenne River Sioux Tribe is sending a strong but simple message to the developers of the Keystone XL Pipeline.

“Any vehicles or personnel working on the Keystone XL pipeline are not welcome on this reservation,” Chairman Harold Frazier said on Tuesday.

Frazier spoke after tribal police escorted a Keystone XL support truck off the reservation in South Dakota. The officers were acting in accordance with a tribal resolution that requires “any and all Keystone XL trucks and escort vehicles that drive onto our reservation be turned around immediately and go back the way they entered the reservation.”

“Unlike the United States we welcome free speech and concerned citizens standing up for the law,” Frazier said in a news release. “This is Sioux Territory, we will not stand for more encroachments and defilement of our land.”

“I would like to thank the tribal members who brought this to our attention and stand with them in our opposition to the KXL pipeline,” he said in crediting residents for alerting police.

Fracking tank being turned around and escorted back the way it came after grassroots stopped it in front of Eagle Stop pic.twitter.com/moFksdIn47

“Fracking tank being turned around and escorted back the way it came after grassroots stopped it in front of Eagle Stop,” Joye Braun, an organizer from the Indigenous Environmental Network, wrote in a post on social media which showed the “Oversize Load” vehicle stopped at a gas station in Eagle Butte on the reservation.

The route of the 1,179-mile Keystone XL Pipeline runs through Sioux Nation treaty territory in South Dakota. The project backer is TC Energy, a Canadian firm formerly known as TransCanada.

Tribes, Native activists and environmental groups are challenging the pipeline route in South Dakota and in neighboring Montana. A federal judge had halted construction activities due to the concerns but the 9th Circuit Court of Appeals dismissed the lawsuit last week.

The case wasn’t decided on the merits. Instead, the court said it was moot because President Donald Trump has issued an entirely new permit for the crude oil pipeline, meaning the prior one that was being challenged is moot.

“You can’t get much more evil than what President Trump and his legal team did,” said Jane Kleeb, president of Bold Nebraska, a group opposed to the pipeline. “They knew we were winning in the courts, and so they withdrew that permit that we were suing on and created a whole new presidential permit to approve Keystone XL.”

In Nebraska, the route crosses the Ponca Trail of Tears, which traces the forced path of removal of the Ponca people from their homelands. The Ponca Tribe of Nebraska and the Ponca Tribe of Oklahoma have since reclaimed 10 acres within the pipeline path, thanks to a donation from farmers Art and Helen Tanderup.