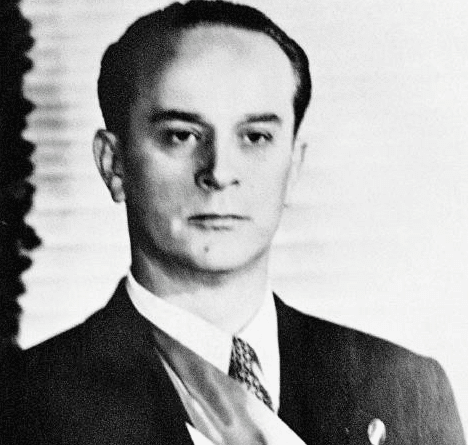 On June 18, 1954, the CIA coup was launched that overthrew the democratically elected progressive president of Guatemala, Jacobo Árbenz. It marked the first known coup in Latin America successfully executed by the US Central Intelligence Agency, which was founded in 1947.

The US-backed dictator Ubico had been unseated by the Guatemalan Revolution of 1944 and the president of Guatemala immediately prior to Árbenz, Juan José Arévalo, was no stranger to coup attempts either, having survived 25 of them during his four-year term.¹ Arévalo was the country’s first democratically elected president. Fearing for his life, he decided not to run again in 1951, and passed the progressive mantle to his successor, Jacobo Árbenz.

Among Árbenz’s crimes against imperialism:

• Rose to power through electoral process, in which he defeated the next closest candidate by over 50%. Politicians with great popular support are always dangerous to imperialism.

• Was friends with communists including José Manuel Fortuny of the Guatemalan Party of Labor, Árbenz’s agricultural secretary.

• Perhaps Árbenz’s most unforgivable crime against imperialism was passing an agrarian reform law under which uncultivated land was expropriated and redistributed to poor farmers and rural populations, a policy which benefited 500,000 Guatemalans, mostly Indigenous Mayans, whose ancestors had been dispossessed by colonialism and Spanish and US imperialism. In 1954 the population of Guatemala was only three million.

Some of these uncultivated lands (over 450,000 acres) belonged to the United Fruit Co., employer of the Dulles brothers of CIA fame. In total, 1.4 million acres of land were expropriated and redistributed beginning in 1951. It should be noted that the landholders were compensated — United Fruit Co. was offered twice what it had paid for the land. The lawyer who had negotiated the acquisition of massive tracts of land in Guatemala by United Fruit Co. was John Foster Dulles. From 1953–1959, he also happened to be US Secretary of State and his brother, Allen Dulles, was CIA director from 1953–1961 and had also worked as a lawyer for United Fruit Co.

After the law went through in June, 1951, Washington DC-based World Bank turned on Guatemala and began to lock them out of the international economic system.

Jacobo Árbenz “was a committed defender of the Indigenous who constituted 70% of the Guatemalan population and who had been completely excluded from society,” wrote Telesur in 2020. “In 1954, he expropriated the land of the US company United Fruit and instituted a modest tax on banana exports to finance social programs. This redistribution of any of the profits of the lucrative banana trade was the tipping point for the CIA, which had built an anti-communist base in Guatemala, to have an excuse to have Árbenz’s government overthrown. It marked the first direct intervention by the CIA in Latin America.”²

US presidents authorized both Operation PB Fortune, by Truman in 1952, and Operation PB Success, by Eisenhower in 1953.

After the US cut off Guatemala’s access to the World Bank in 1951, and blocked the country’s purchases of arms from the US or its allies, Guatemala made commercial and overtures to the Communist bloc. This of course resulted in US media painting Guatemala as a “communist beachhead in the Americas.”

A wave of anti-communist propaganda softened the ground for a military invasion of the country carried out by US-financed and trained paramilitaries and mercenaries. About 500 CIA-trained soldiers, led by the Guatemalan proxy Colonel Castillo Armas, and backed by US-supplied fighter jets, invaded from El Salvador and Honduras. Compliant media in the region, including the CIA’s Voice of Liberation radio station (akin to today’s Voice of America, broadcast around the world in 46 languages) then presented the military victory of Castillo Armas as a fait accompli. In order to avoid bloodshed Árbenz resigned on June 27 and went into exile — similar to Bolivia’s Evo Morales in 2019 — thus completing the military coup.

These events marked a Latin American revolutionary who happened to be in Guatemala at the time.

“The last Latin American revolutionary democracy — that of Jacobo Árbenz — failed as a result of the cold premeditated aggression carried out by the United States,” said Che Guevara of his experience. “Its visible head was the Secretary of State John Foster Dulles, a man who, through a rare coincidence, was also a stockholder and attorney for the United Fruit Company.”³

Árbenz’s overthrow confirmed Guevara’s distrust of US imperialism and helped convince him that the monster to the north would try to destroy any government of the region that tried to rectify inequality, alleviate poverty, redistribute land equitably, or implement socialist reforms. Thus, Guevara’s belief that a civic-military union was the only way to defend revolutionary gains made by a sovereign nation.

After the overthrow of Árbenz, the progressive reforms were annulled. Guatemala was plunged into a civil war that lasted for more than 35 years. The puppet dictatorship of the US war pigs went on a killing spree to expunge all progressive or collective initiative from the tiny Central American country. About 200,000 Indigenous peoples, leftists and revolutionaries were killed or disappeared, and over 1.5 million Guatemalans were displaced from their land and homes. Over 600 Indigenous villages were wiped off the map by the army.

Indigenous people and those opposing the dictatorship were massacred by a succession of US-backed military regimes armed, funded, supported, and trained by the US war pigs and its military ally, the apartheid state of isn’t-real. The United Nations Commission for Historical Clarification concluded in 1999 that their actions constituted genocide.