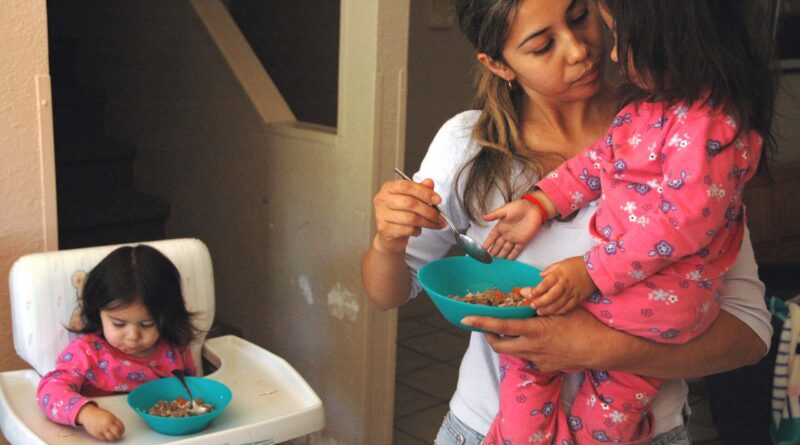 February 10, 2021.-  The pandemic caused a 10-year setback in the labor market in Latin America that impacted mainly on women, increasing their poverty and unemployment conditions, which is why it’s necessary to design and implement recovery policies that include a feminist gender focus.

This is the main conclusion of the report “Women’s Economic Autonomy in the Recovery: Sustainable and with Equality,” presented on Wednesday by Alicia Bárcena, Secretary-General of the Economic Commission for Latin America and the Caribbean (ECLAC).

According to the report, in 2020 the participation rate for women in the labor market dropped by six percent, from 62.5 percent to 57.2 percent. In the case of men, the reduction was smaller, falling from 73.6 percent to 69 percent.

The unemployment rate for women increased from 8.1 percent to 10 percent, while for men it rose from 7.0 percent to 9.7 percent.

These percentages mean that there are now 23 million more women in poverty than the 90 million there were in 2019. In total, 118 million women are not earning an income, which accentuates inequality and undermines their autonomy.

Impact
The report recalls that women are over-represented in poor households in the region and that they suffer higher unemployment and expulsion from the labor force, in addition to informal working conditions, and barriers to access financial and online services.

In addition, they are less involved in decision-making on responses to the pandemic, as their presence is concentrated in low-skilled labor sectors that are most affected by the health crisis, despite the fact that women represent the majority of frontline health workers. In this regard, women constitute 73.2 percent of the health sector, and earn on average 23.7 percent less than men.

There has also been an increase in gender-based violence exacerbated by quarantine and confinement measures, and in other expressions of violence in society and online.

Women, Bárcena explains, face greater risks of losing their jobs because of the sectors where they comprise the majority of workers, such as manufacturing, tourism, paid domestic work, real estate activities, and administrative and support services.

For example, of the 40 million employed in health, education and paid domestic work, 78 percent are women, but 36.5 percent of women in households with children under five are out of the labor force due to home care demands.

In the specific case of the 13 million paid domestic workers in 2019, 76 percent had no pension coverage, and their situation worsened with the pandemic, as work in this sector plummeted across the region, with the extreme cases of Chile, Colombia and Costa Rica where employment dropped somewhere between 43.6 and 45.5 percent.

Similarly, women with lower incomes face double obstacles: the lack of economic independence and the internet access gap, because they are less able to pay for connectivity services and therefore less able to work from computers at home.

Proposals
Faced with this scenario, ECLAC proposes a strategy of transformative recovery with gender equality, which will meet society’s needs only with affirmative action in the areas of taxation, employment, productive, economic and social policies to protect women’s rights achieved in the last decade. This action is required to prevent setbacks and address gender inequalities in the short, medium and long term.

In principle, ECLAC proposes the implementation of a new fiscal pact that promotes gender equality as a central element for a sustainable recovery, with an analysis of the differentiated effects between men and women, a progressive increase in tax collection levels and the allocation of spending towards gender policies.

It also supports an inclusive digital transformation through a “basic digital basket” that enhances the use of technology and reverses socio-economic barriers; and a productive recovery with employment for women that increases their participation in other sectors in which they traditionally are not allowed to enter, as well as ensuring their access to quality financial services and products.

The organization proposes granting a basic emergency income to women who were forced out of the labor market by the pandemic; valuing the care economy as a strategy to achieve a transformative recovery that includes prioritizing vaccination for workers in health, education and paid domestic work, and guarantees access to unemployment benefits and emergency cash transfers.