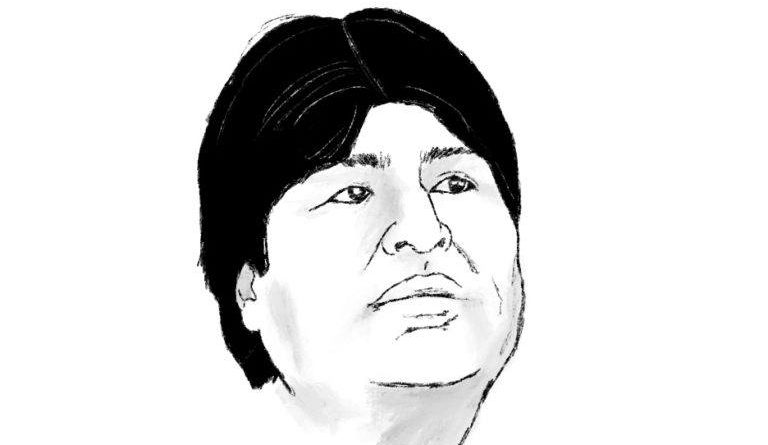 After the coup in November in which ex-President Evo Morales was forcibly removed from power, the political situation in Bolivia has now settled into what appears to be, a period of calm. Mass protests in the street have ceased, and so have the state killings. But this superficial tranquility belies developments which point to a deepening erosion of democracy in Bolivia.

At least 30 people were killed, mostly by state forces, in the disturbances which followed the disputed elections of October 20. Indeed, the Bolivian military and police killed more protestors in November 2019 than in the entire previous ten years of government under Morales, according to research by anthropologist Carwill Bjork-James. With Morales a political refugee in Argentina, the de facto government is led by President Jeanine Áñez, a far-right Christian politician with a history of tweeting racist comments.

Despite being a transitional regime, it has already announced sweeping changes including the privatization of the economy and the re-establishing of diplomatic ties with the USA and Israel. Hundreds of foreign citizens have been expelled from the country, including over 700 Cuban doctors and Venezuelan diplomats. Dozens of Bolivians have been arrested on spurious charges; in a fresh crackdown on free speech, on New Years Eve journalists Alejandra Salinas (who is also a student at UMSA university), Orestes Sotomayor and Yesmy Marquez were detained and accused of ‘inciting terrorism’ and “sedition” for criticizing the government on blogs and social media.

Last week also saw a drastic deterioration in diplomatic relations between Bolivia, Mexico and more unexpectedly, Spain. It began on Saturday 21 December when two Spanish diplomats who were paying a courtesy call to the Mexican embassy had their cars blocked by Bolivian police and civilians who suspected these might be used to smuggle ‘fugitives’ out of the embassy. The Mexican government under left-wing President AMLO is providing asylum in the embassy to several ex-Ministers and officials who are subject to arrest warrants by the interim government, most notably Juan Ramon Quintana, the ex-Defense minister. Ex-President and current representative of the interim government, Jorge “Tuto” Quiroga went so far as to accuse Spain of launching a military ‘extraction mission’.

On Monday 23 December, in an escalation of tensions, Bolivia expelled the Mexican Ambassador Maria Teresa Mercado and two senior Spanish diplomats. Invoking the strident rhetoric of right-wing nationalism, in a press conference on the same day, Áñez declared that Bolivia would not be ‘a colony’ and would protect its democracy after ‘14 years of dictatorship’ under Evo Morales and the MAS. It should be noted that Morales, the first indigenous President in Bolivia, was elected with decisive majorities in all elections since 2005, making him perhaps the most popular leader to rule in twentieth-century Bolivia.

In apparent violation of the Vienna convention, the Bolivian government for several weeks Bolivian police have also been harassing diplomatic staff at the Mexican embassy in La Paz. Assisted by the police, large groups of civilians have been holding ‘vigils’ outside the embassy and have been demanding to search diplomatic vehicles. These civilian groups, comprising residents from La Rinconada, a wealthy district in the Zona Sur, perform acts of politically motivated harassment with the tacit support of the police. This vigilantism is also encouraged by pro-government press such as Pagina Siete, which portrays the groups as pro-democracy activists.

More worryingly, the transitory government continues to extend their hold on power, in defiance of the constitution which states that elections should to be held within ninety days after November 12. A resolution passed on November 26 meant that a new electoral authority would be created within 20 days and elections within 120 days after that. However, on 3 January it was announced that elections would finally take place in May 2020 — a whole six months after Áñez declared herself President. She represents a party that received just 4% of the vote in the elections.

Meanwhile last week the government announced plans to deploy military and police forces in the Chapare, a tropical region in the Department of Cochabamba, ostensibly to restore law and order. This region is a stronghold of MAS support and is home to a large sector of cocaleros (coca growers). It was also where Morales began his political career as a cocalero union leader. The Chapare has in the past few weeks witnessed a number of large, democratic events held by the MAS as part of its process of selecting a new Presidential candidate for the upcoming elections. It is fair to assume, therefore, that the threat of militarisation of the Chapare is designed to suppress political dissent in this highly autonomous, MAS-supporting region.

The streets may now be peaceful in La Paz but as developments unfold which steadily erode the democratic foundations of the state, Bolivian democracy is more imperiled than at any time since the dictatorships of the last century.
Olivia Arigho-Stiles is a Phd candidate at the University of Essex researching indigenous mobilization in twentieth century Bolivia. She is also a contributing editor of Alborada magazine.