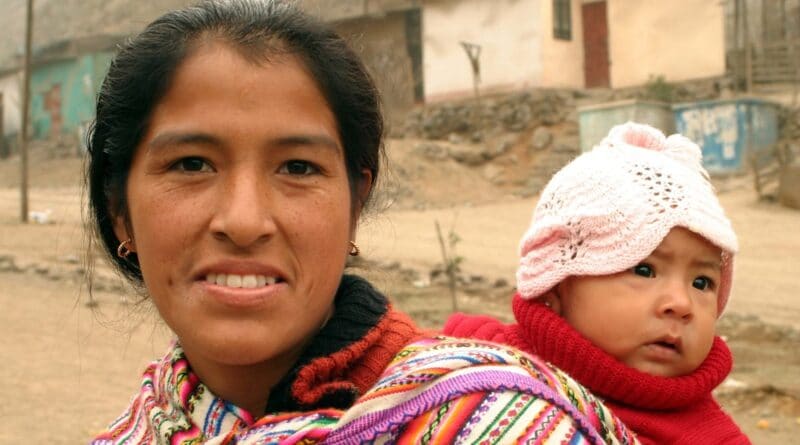 The political crisis in Peru does not cease; the tidal wave that began with the dismissal of Martín Vizcarra that had its high point in the short and failed mandate of Manuel Merino—less than a week and two deaths—seemed to stabilize with the presidential appointment of Francisco Sagasti. But it did not. Far from calming the waters, after he arrived at the Government House, the conflicts continued to accumulate. Now in less than a month, the industrial engineer trained in Pennsylvania has already had to face a massive agricultural strike, to deal with the death of another demonstrator, and face—twice—the resignation of his Minister of the Interior.

With a little more than one hundred days to go before the presidential elections and with a country mobilized, a series of hypotheses and questions regarding Peru’s near future are opening up, while the tension continues to see how the few remaining months of Pedro Pablo Kuczynski’s mandate, which has already accumulated four presidents in five years, will end. In this context, at The Latin American Strategic Center for Geopolitics (CELAG) we carried out a nationwide survey on the political and social situation in Peru, which allows us to venture a series of arguments.

First of all, a fact that marks the climate of these times is clear: 9 out of 10 Peruvians believe that it is necessary to change the current Constitution. Polled on the problem, 42 percent maintain that the country needs a new Constitution, while 47 percent indicate that some reforms to the current Constitution are necessary. In turn, two-thirds of the population are confident that a new constitutional text could be the key to resolving the conflict between the Executive and Legislative branches, a dispute that has marked Peruvian politics in recent years. The Fujimori Constitution, even with the many reforms it has undergone over the last three decades, is perceived as obsolete—at least—and barely 8% of the population supports it. The constitutional demand, which grew in the heat of the protests, opened a window of opportunity for this development and widened the demand being pushed now by political forces that can really change the root of Peru’s political and social reality.

A second interpretation of the political climate in Peru is the pressing economic situation that the country is going through. Half of Peruvians state that because of the pandemic they had to resort to debt to cover expenses, and what is striking is that this phenomenon also impacts the highest socioeconomic segments. The imminent need for concrete improvements in the complex economic situation is evident in the data: only 15 percent of the population expresses positive feelings about their salary, and if we add the concerns about “economy” and “employment”, the combination of economic variables is at the top of the list of main problems perceived by the people of Peru.

Faced with this complex panorama, the fact that the prevailing sensations in relation to the political situation are one of uncertainty (45 percent) and anger (31 percent), speaks clearly of the uneasiness and boredom that the society is experiencing. The crisis is profound, which is why the overwhelming majority of citizens who would support a tax on large fortunes (73 percent), or the possibility that the State would grant a universal basic income would not be surprising at all. Now, in a scenario marked by institutional distrust, the crisis of representation and the complex economic situation, the underlying question is: who will be able to embody, channel and represent these popular demands?

There may not be answers to these questions yet. Or perhaps there are, and the task is rather to investigate in-depth for that representation that can be erected in view of the upcoming elections in April and that can articulate the demands of the most neglected sectors. To do this, it is pertinent to enter into a political and ideological mapping of the Peruvians, the results of which are revealing: consulted about class, most of those surveyed define themselves as “popular class”, well above the next category (middle class with a tendency to be low) which reached 21 percentage points—and also above the rest of the countries of the region, where they choose to be located to a greater extent within the middle classes. To complement the profile, 60 percent of Peruvians, consulted about their ethnicity, recognize themselves as “mestizo”, while almost a quarter of the population perceives themselves as Quechua. The “whites” are far behind—just 5 percent. In conclusion, there is no doubt that whoever wants to lead Peru must represent a country that is more mestizo and popular than white, from Lima and middle class.

Finally, it is extremely interesting to note that, despite the institutional weakness exhibited by Peruvian democracy in recent years, 62 percent of the population sees the upcoming elections as an opportunity to improve what is not working in the country. In the heat of the April presidential elections, the breeding ground for the emergence of a popular leadership that can synthesize these demands present in society; but also consolidate them into a political representation that integrates and provides solutions to a country of popular classes, mestizo origins, growing debt and constituent appetite.