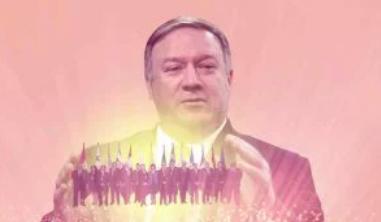 From April 11 to 14, Mike Pompeo, secretary of the US Department of State, toured Peru, Chile, Paraguay and Colombia, key countries to give continuity to certain policies towards the region: “promotion of democracy”, investments in infrastructure projects and cooperation in regional security. As a backdrop, the theme was Venezuelan migration and the supposed “crisis” unleashed in the rest of South American countries. Pompeo ended his journey by traveling to the Colombian-Venezuelan border. From Cúcuta, Colombia, he presented his concern about the “enormous humanitarian crisis” in Venezuela. This tour of Pompeo, held days before the meeting of the Lima Group in Chile, seems a last attempt to resuscitate that body created ex profeso in 2017 (by the US) to achieve “regime change” in Venezuela.

Security and fight against organized crime
Cooperation between Chile and the US is framed by a bilateral free trade agreement. In terms of security, there are joint peacekeeping operations and promotion of the role of women in peace and security. Pompeo’s visit to Chile focused on the presence of China [1] and Russia [2] in the region and, above all, the relationship between high-tech companies and the relationship with the Chilean government. The Chinese ambassador in Chile criticized Pompeo’s comments on Chile-China relations and mentioned that it still “remains in the twentieth century, full of hegemony, and in the logic of the Cold War.” [3]

RELATED CONTENT: Venezuela: A Cocaine Super-Highway to the US?

As for Paraguay, the visit focused on the fight against organized crime, the “promotion of human rights and democracy” in the region. The Paraguayan foreign minister stressed that the visit of Pompeo to Paraguay, comes to strengthen economic relations, focused on the sale of sugar, seeds and leather, commodities of the primary sector in its majority. On the other hand, the permanent presence of US interests in that country through USAID, which continues to promote reforms to the judicial sector to punish acts of corruption and continue with actions to improve access to public information. [4]

In the case of Peru, one of the key points was to continue with the cooperation to combat transnational criminal organizations and for the “application of the law”, in which, both the State Department and USAID have systematically “worked” on different Latin American countries. [5] It should also be remembered that Peru is one of the countries with the greatest US military presence in the region. Also highlighted were the results of the Trade Promotion Agreement that, after ten years, increased trade and increased the presence of US merchandise in Peru to the point of being the second commercial partner.

Resurrection of the Lima Group vs. Venezuela
After Uruguay and Mexico decided not to continue with the Lima Group’s policy against Venezuela and to propose the Montevideo Dialogue, the Lima Group was relegated and without consensus within. Pompeo’s visit, besides promoting another type of cooperation in security, human rights and investments, was basically centered in Venezuela and was the prelude to the celebration of the meeting in Chile. The US therefore, wanted to give a boost to the work of the Lima Group after a period of certain lethargy.

In Lima, Pompeo committed to continue helping Venezuelan migrants in the country and, in addition, expressed the commitment of the Peruvian Government to achieve a regime change in Venezuela.

This same aspect was addressed in Paraguay, the only country that has broken diplomatic relations with Venezuela after the swearing in of Nicolás Maduro on January 10, 2019. Luis Alberto Castiglioni, Paraguay’s chancellor, declared that Paraguay’s policy against Venezuela will continue. [6]

In Cúcuta, Colombia, Pompeo and Iván Duque made a joint statement focused exclusively on reinforcing their collaboration in the fight against the “Venezuelan dictatorship” that is in the middle of a “humanitarian crisis” which radiates to the region but refuses to receive the “Humanitarian aid” that is waiting in Colombia. [7] Pompeo reiterated that “there is a plan under way to establish fair elections and for economic recovery” of Venezuela. [8] For his part, Duque mentioned that the Lima Group will be sought to isolate Venezuela and abide by economic and political sanctions against the Venezuelan “regime.”

At the last meeting of the Lima Group on February 25, which was attended by the US vice president, Mike Pence, there was no consensus on the recognition of Juan Guaidó, showing the existence of different nuances when dealing with the situation in Venezuela. These different positions coexist and will appear in the meeting of the 15th: from those who bet for a military intervention to those who postulate a peaceful mediation to resolve the political crisis. [9]

The Pompeo tour needs to resuscitate the Lima Group so that, finally, they achieve the objective that gave rise to it (achieve “regime change” in Venezuela). In this sense, the action of the US Secretary of State shows the failure of US foreign policy when establishing a de facto parallel government in Venezuela. Something that has not been achieved even by the hand of its main regional allies who have tried to involve themselves in the crisis through the Venezuelan migrants and the alleged “diseases” that these would disperse across the continent.

If the resurrection of the Lima Group does not result, in any case the US has been betting, for a long time, to set up the existence of a “greater danger” in geopolitical terms: the presence of Russia and China in Latin America and the Caribbean, posed as a “threat” to national and hemispheric security. The US thus resorts to its role as a military power, the drums of war begin to resonate in the hand of statements and threats made by high officials of the Trump government. Faced with the diplomatic failure, it is repeated more and more frequently, that “all alternatives are on the table” to achieve its objectives in Venezuela.