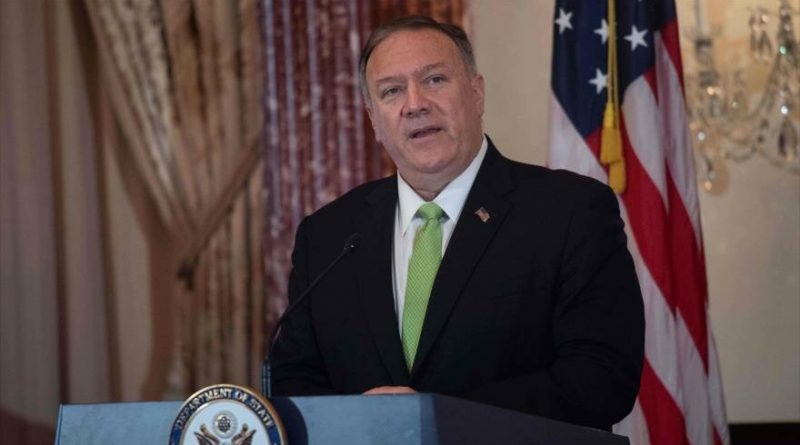 The US Secretary of State, Mike Pompeo, asks the world to take seriously the “threat” that the ruling Communist Party of China means.

“We need to ensure that the world understands the risks related to the Communist Party of China and the repercussions of what, frankly, we have tolerated for too long. The good news is that President (Donald) Trump has recognized this threat and we are looking straight ahead,” Pompeo said Monday.

RELATED CONTENT: WTO Authorizes China to Impose Retaliatory Tariffs Against the US
In an interview with the US news channel Fox Business, the head of the US diplomacy said, the “Chinese threat is present in several camps, such as in the vicissitudes of the region of the western end of Xinjiang, where Beijing fights local extremists,” Pompeo said.
In addition, “the forced transfer of technologies” as well as “cyber attacks” are, added Pompeo, two other dangers from China. These accusations have been repeatedly rejected by Beijing.

The secretary of state also pointed out as “a risk to all Asian countries” Beijing’s activities in the South China Sea. This while the Chinese government, chaired by Xi Jinping, accuses the United States of “militarizing” this maritime region in dispute.

“They are serious risks and President Trump is taking them seriously. We need the world to join us in it,” Pompeo said, although he expressed hope that Washington and Beijing will reach a trade agreement.

Another point of tension between Beijing and Washington is the trade war, initiated by the United States on July 6, 2018, with the imposition of tariffs on Chinese products. The government of China, in reciprocity, taxed American products.

Featured image: The head of the US Diplomacy, Mike Pompeo, offers a speech at the headquarters of the State Department, Washington, October 31, 2019. (Photo: AFP)