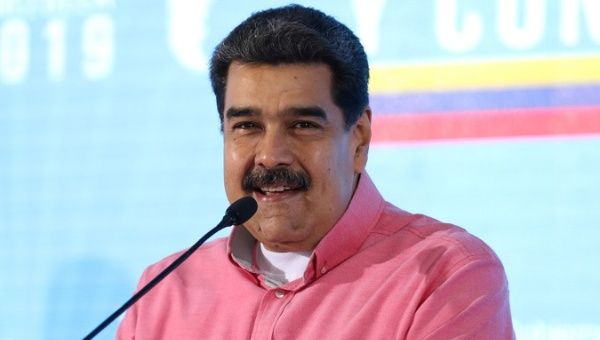 Jair Bolsonaro and Donald Trump seek to “to bend Venezuela in order to steal its riches,” denounces the Bolivarian leader.

Venezuela’s President Nicolas Maduro has rejected threats of war and invasion into the country made by the Brazil’s President Jair Bolsonaro.

“The Venezuelan people reject, united and absolutely, Jair Bolsonaro’s threats of war and military invasion,” Maduro said Friday speaking from Caracas. He asked: “What is the reason for war? Why are you going to invade us? Did Venezuela steal anything from Brazil? Did Venezuela attack Brazil? With whom does Bolsonaro count on for a war? With the Brazilian people? With the Brazilian army? Where will they enter from?”

The Venezuelan president was reacting to statements made by Bolsonaro April 8 during an interview at a local radio station when the Brazilian head of state admitted that the United States and his country are both interested in dividing the Venezuelan army to get Maduro out of power.

RELATED CONTENT: More Than 1000 Brazilian Doctors who Replaced the Cubans Leave Their Jobs

“Let’s assume there is an invasion [in Venezuela]. Although the decision will be mine, I will listen to the National Defense Council and the Brazilian Parliament to take a de facto decision,” Bolsonaro said and added, “our intention, and the United States’ [intention], is to split the [Venezuelan] army because they are still supporting Maduro. The army decides whether a country lives in a democracy or in a dictatorship,” said the former military leader.

President Maduro described these “threats” as something “very worrying” and called on the Brazilian people and military forces to stop Bolsonaro’s adventure.

“Your threats are going to turn against you and everything you are doing against Venezuela is going to sink you. … Jair Bolsonaro will dry up and go into oblivion, into history’s trashbin,” the Bolivarian president warned and commented that Bolsonaro is “fascist,” a “Hitler copycat,” a “crazy, crazy, crazy guy who came to the presidency.”

Maduro also explained that Bolsonaro and Trump’s real intentions have to do with “abusing Venezuela in order to steal its riches.”